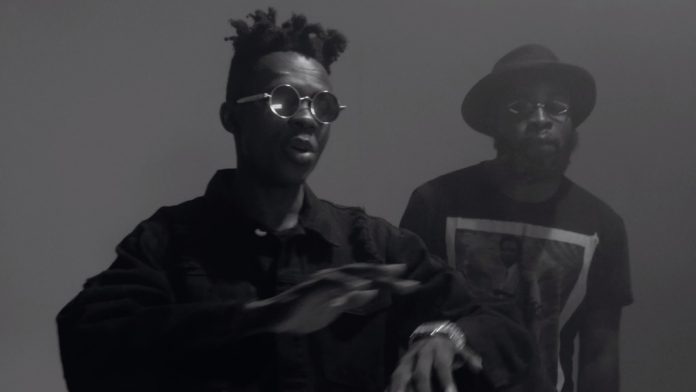 Finally, award-winning rapper Strongman outdoors the visuals to his hip hop single ‘Ups and Down’ which featured M.anifest.

The opening scene of the video shows clips of like Obrafuor, Lord Kenya, Tinny and other legends in the Hip Life/Rap culture in the country. The camera widens the scene where Strongman sits in His chair to signal the fact the He is the right one to continue the legacy.

Strongman, as usual, proves His lyrical dexterity with M.anifest been witty and intellectual with somewhat looks like shady lines in between. The rappers look very active with great visualizations of the lyrics in the Kofi Awuah II directed video.

This visual comes as one which music fans and lovers have heckled Strongman to release since a short video appeared on the rappers Instagram.