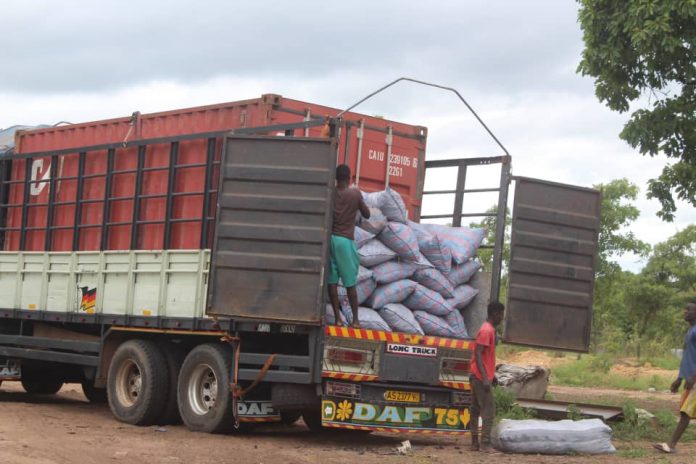 Police in the Savannah region have intercepted a cargo truck at Damongo suspected to be carrying rosewood.

The truck loaded the illegal Rosewood at the Chinese rosewood firm at Yipala in the West Gonja district of the Savannah region.

In an attempt to transport the logs out of the area illegally, owners of the truck covered it with bags of Charcoal.

Upon a tip off by a whistle blower, the BNI in Damongo blocked the truck at Soalepe and handed it over to the police. According to the driver and two other men on board the truck, the owner of the container reportedly resides in Sunyani, therefore would not give any information unless he’s contacted.

The Chinese rosewood firm at Yipala was on May 10 this year closed down by the Savanna regional minister Salifu Adam Braimah following the arrest of a Chinese woman in Tamale, Helen Huang who was transporting several containers of rosewood to Tema.

There is currently a ban on logging in the area. The BrivyWelss firm has been operating in the area for many years and was mainly into cutting, processing and smuggling rosewoods from the area in large quantities.

Meanwhile, the truck has been packed at the Damogo District police headquarters pending investigations and further actions. – Jonas Biawurbi