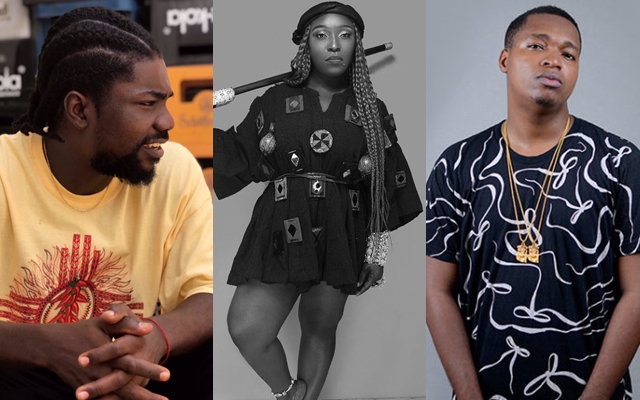 The Ghanaian music is like a jungle — thus only the fittest can survive. It’s not easy to find your way to the top and it’s equally not easy to stay on top either.

Although the word “underrated” is not easy to define, we can say that the particular artiste is receiving some recognition, but still can’t seem to the capture the mass exposure that’s available.

These artistes usually don’t find themselves part of our daily conversations or receive the maximum media coverage on their activities even though they work hard.

While not every rapper strives for this specific type of recognition, not getting it certainly limits their accessibility.

Here we’ve highlighted 10 underrated rappers, all with varying levels of success. Some have previously been on the brink of stardom; some have yet to blow up beyond their initial breakthroughs. Each one of these rappers has put in the work. Hopefully the acknowledgement eventually comes and they are underrated no more.

Akan is a perfect wordsmith. He’s the modern version of the legend Okomfour Kwadee. His rap dexterity and control over the twi language is simply impeccable. You doubt me? Listen to his album “Onipa Akoma” and prove me wrong.

Dadie Opanka came with some vibes which a lot of people fell in love with. His comic lyrics on a perfect rhyming scheme made you want more. Sadly, Ghanaians no longer give ears to his music. He has failed to recover the recognition that the fans initially gravitated to him. For now, he’s an underground mainstay, who will hopefully one day stumble into mainstream success.

Lil Shaker is a storyteller and a versatile one as well. He can rap and sing on any tune. Whiles, he does well as a singer, a lot of people don’t take his rap music seriously hence being underrated all the time.

Eno is not your typical Femcee. Call her the King of Queens!

She’s the rapper who can match some of the male rappers ‘boot for boot’. In 2018, she made history as the first female rapper to be nominated for the ‘Best Rapper of the Year’ category at the VGMA. She has proven that she’s willing to do whatever it takes to make a name for herself; the only rational reason why she hasn’t been met with more open arms in rap is gender bias.

Amerado is another dope rapper whose talent is sadly underappreciated. He has command over the Twi language and thus able to craft his lyrics into a melodious rap. He’s come far in the music industry but unfortunately, he still has yet to be regarded with the same esteem as rap’s other top storytellers. Check out his latest tune “Juju” featuring comedian Clemento Suarez.

Asem was once on top of his game, then the controversies came and his career went downhill.

He gave us some hits and Ghanaians can’t forget his “wobeda ntam”  term.

Ever since his success got subdued by controversies he’s struggled to find his way back to the top even though he’s one of the best Emcees out there.

He’s an energetic wordsmith who is also a master of wordplay. He understands rap and therefore carefully crafts his lyrics with a beautiful concept, word play or the use of literally devices and punchlines.

I’ve said in the past that I’m a big fan of Teephlow and when it comes to Fante Rap, he was the guy who made me fall in love with it even more. The guy is genuinely creative, gifted, funny and knows how to play around the words in every song.

Kojo Cue has been impressing for a number of years now. Even though his music lacks the needed acknowledgement and recognition, he continues to do his best by releasing good music with quality visuals.

He’s one of the new emcees in the game who’s putting in so much effort to gain mainstream attention with his music. His laid-back, calm, and collected rapping style has made him the perfect rap figure to tip for the new school rap game. If he keeps doing that, though, he won’t be underrated for long.

It’s hard to say that Yaa Pono is underrated. What’s obvious is that his music is not mainstream or gaining that utmost recognition he needs.

Amerado out with Episode 3 of his trending ‘Yeete Nsem’.