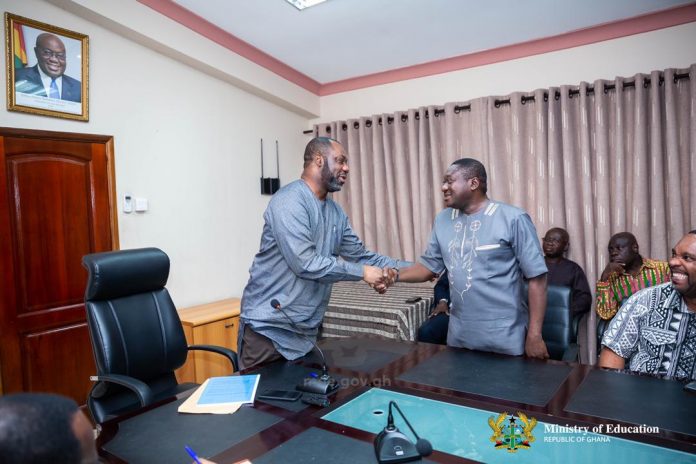 Former Vice Chancellor of the University of Education, Winneba (UEW), Prof. Mawutor Avorke has apologized to the Education Minister, Dr. Matthew Opoku Prempeh, for his alleged forceful takeover of the office of the VC at the university recently.

Reports say his action largely undermined the process of the resolution of the impasse at the university.

It would be recalled that some six former staff of the university led by former Vice-Chancellor Prof. Mawuto Avoke stormed the school’s premises to reinstate themselves.

According to Prof. Avoke, his forceful takeover followed his clearance by the Economic and Organized Crime Office (EOCO) after he was indicted for abusing his office.

But the former VC has apologised unreservedly and showed remorse for his actions, while he presented a petition on issues of concern to them to the Minister for his attention.

This came up when a six-member delegation led by Prof. Mawutor Avorke, former Vice Chancellor of the University of Education, Winneba (UEW) on Thursday paid a visit to the Minister of Education, Dr. Matthew Opoku Prempeh, at his office.

The Minister further reiterated his commitment to public service devoid of personal sentiments or interests in the discharge of his duties.

COVID-19: Support your kids at home – Education Minister to parents