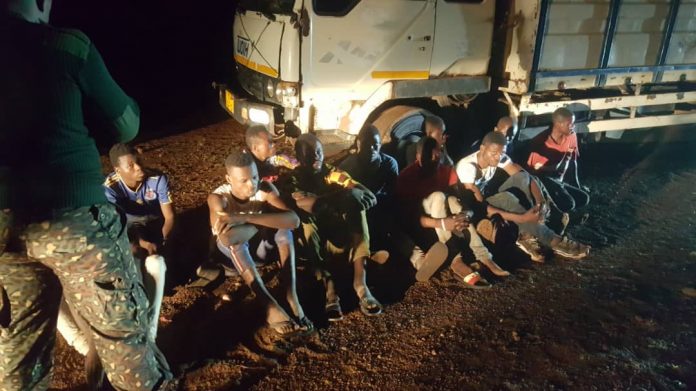 Six Border Patrol Officers of the Ghana Immigration Service on patrols have arrested two trucks loaded with bags of smuggled fertilizers meant for government flagship planting for Food and Jobs programme in the Upper West Region.

A total of 1,950 bags were retrieved from the trucks, which were being smuggled to neighbouring Burkina Faso through the Fielmo unapproved route in the Sissala West District.

Narrating the incident to the Comptroller-General of Immigration, Lawyer Kwame Asuah-Taki who was on a –nine day tour in the Region, the Hamile Sector Commander, Chief Superintendent Felix Agyemang-Bosompem, said they received a tip-off at around 1:00am last Friday, August 1, 2019, that two trucks were being loaded with fertilizers meant for the government to be smuggled outside the country through the Fielmo unapproved route.

He immediately dispatched six officers to lay ambush at the said route where the trucks were expected to pass to carry out the smuggling. A search was conducted on the trucks when it arrived and 1,950 bags of Government´s NPK fertilizer were intercepted.

The Sector Commander also revealed that his Men who conducted the operation were offered GHC25,000.00 by the owners of the loot as their share if they allowed them pass which was rejected while calling for reinforcement from the Military and Police since they were out-numbered. 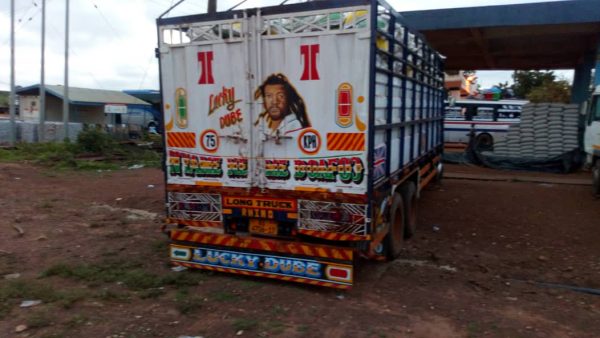 Smugglers, according to the officers could have bagged Ghc60,000.00 as profit in the successful operation of that smuggled goods.

The Comptroller-General of Immigration commended Officers for their selfless service while assuring them of an award package.He said, ¨the President in his own God-given wisdom to increase production rolled out the planting for food and jobs with more money but look at how some greedy Ghanaians are helping collapse the programme, he lamented.

He called on Ghanaians to divulge more information to security personnel to better protect them when they are well informed with situations on the ground.

The impounded trucks with the fertilizers have since been handed over to the Customs Division of the Ghana Revenue Authority in Hamile for further actions and handing over to the Wa Regional Coordinating Council.