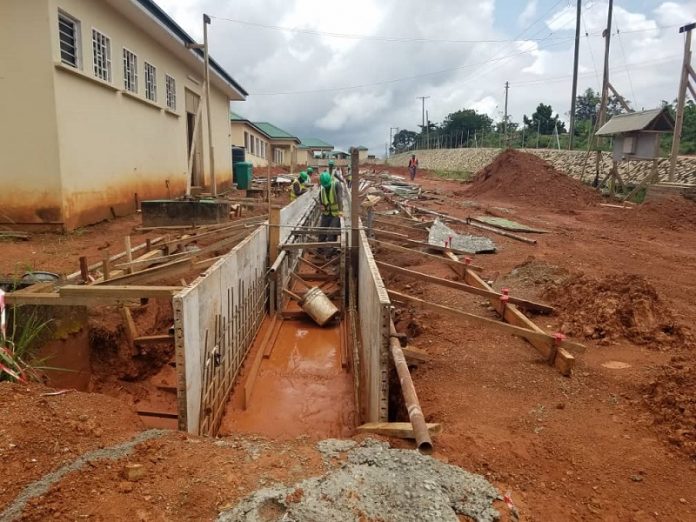 Construction work has resumed on a two and a half years abandoned 190-bed government hospital project Asante Bekwai.

The project initiated by the late President Prof. John Evans Atta Mills in 201o has seen little attention from successive governments as residents of Bekwai and environs continue to struggle for health care.

SuccessiveJohn Mahama led government in 2014 however, did little to meet the completion timeline of the project in September 2017 before his painful exit from government on 7th January, 2019.

The ruling New Patriotic Party (NPP) government after assumption of power also halted the project for a review of the contract leaving the completed structures at the mercy of rodents, birds, and lizards while the community members continue to struggle to accesses quality health care.

The project if completed will have emergency unit, Out Patient Department also known as OPD, maternity and Children’s ward, General wards, administrative office, Mortuary and staff accommodation, Canteen and lorry parks and theatres.

Due to the abandoning of several projects in Ashanti region the Kumasi Youth Association (KUYA) has announced planned demonstration in Kumasi against the government on abandoned projects in the region on 27th September 2019.

In view of the media war between the association and communicators of government in Ashanti region, Ultimate News embarked on a fact-finding mission to one of the said abandoned hospital facilities in the region at Bekwai on Monday, 9th September 2019.

Site Engineer, Pedro Hernandez told Ultimate News, “We have been on site since July 2019 and as you can see we are not sleeping on the job, we are confident of completing the project in the next 18 months including installation of hospital equipment despite rains interference in their work’’ Engineer Pedro assured. 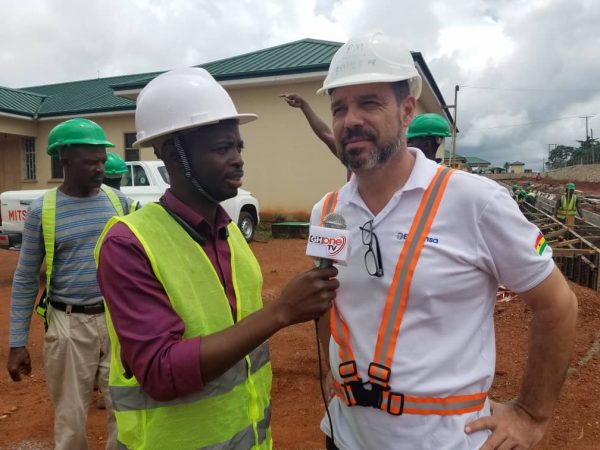 Medical superintendent of the dilapidated Bekwai government hospital who doubles as the General Secretary of Ghana Medical Association Dr. Frank Serebour explained the need for the projects to be completed on time.

“The Bekwai Government Hospital serves as referral centre for at least six towns in the Asante Bekwai Municipality, however, we lack basic and major equipment’s and human resource as well. Because of the ongoing construction of new 190 bed facility we don’t get any support in terms of new equipment’s from government because the Ministry of Health believes when the project is completed the facility will be equipped with new equipment, therefore, there’s no need to invest in the old facility which is affecting health care delivery in the area’’ he revealed.

Municipal Chief executives of Asante Bekwai, Mr. Kwaku Kyei Baffour who toured the site with the news team urged Ghanaian to give the New patriotic party government time as they continue to work to meet their expectation.

He also appealed to Ghanaians not to buy into the propaganda of the opposition NDC that the ruling government has abandoned all projects initiated by the John Mahama and Atta-Mill previous government. 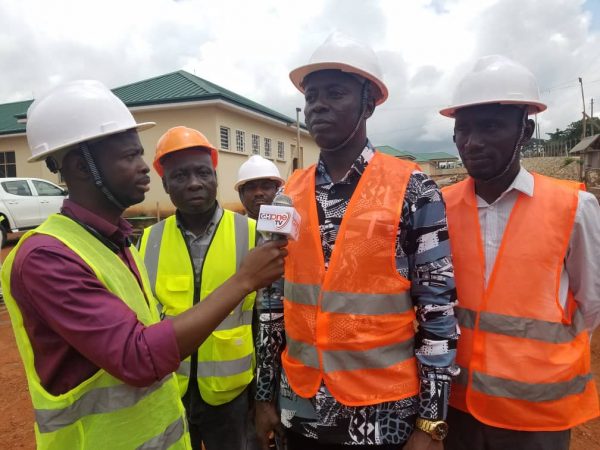 “I have heard our political opponents on the radio claiming the Nana Addo Government has abounded Bekwai Government hospital project, I am happy you guys are come to inspect the project site and have seen what is going on site. It’s fallacy for anybody to think Ashanti region has not gotten our fair share of the national cake. Currently, majority of roads in the municipality have been awarded to contract and am confident by the end of this year Ghanaians will really experience the change they voted for” Mr. Kyei assured.