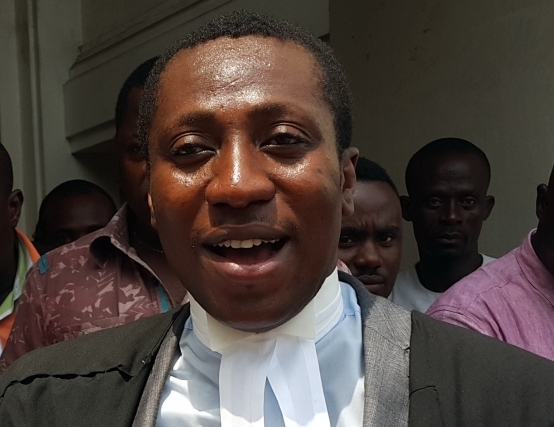 Lawyer and Member of Parliament for Effutu, Alexander Afenyo Markin has sued a Lecturer at the University of Education, Winneba(UEW) Alhassan Salifu Bawa and online portal Modern Ghana for GHC1,000,000.00 for defamation at the Accra High Court.

In the statement of claim a copy of which is in the possession of Kasapafmonline.com, Mr Afenyo-Markin stated that Mr. Salifu Bawa who’s a frequent author of articles on www.modernghana.com on 24th May, 2019 authored an article and published on the website captioned “OUTSIDE FORCES AND RECENT DEVELOPMENT AT THE UNIVERSITY OF EDUCATION, WINNEBA (UEW) in which he described Mr. Afenyo Markin as a lunatic, coward and an extortionist.

On June 1, 2019, another article captioned AFENYO-MARKIN REMINDED, where Mr Salifu Bawa stated “another wolve clothed in a suit and openly displaying symptoms of mental illness has landed in the compound of Prof. Avoke by sweet talk from where the Atugubas left”

Mr Afenyo-Markin contends that the said article, as a whole was to defame him, particularly as Mr Salifu Bawa described him as a thief who is afraid of the office of the Special Prosecutor and the Auditor-General.

The MP further stated that on June 3, 2019, the defendant published an article with the title “AFENYO-MARKIN THE HOPELESS LAWYER” in which the defendant said the he[Afenyo-Markin] is full or cowardice, hopelessnes, evil, a hypocrite who’s engaged in voodoo.

The plaintif further avers that the defendant on 26th June, 209, published an article with the headline AFENYO-MARKIN, THE SHAMELESS MP wherein the plaintiff was described as nothing but a useless and hopeless individual.

Defendant again published an article on 10th July 2019 captioned ALEXANDER KWAMENA AFENYO MARKIN THE MISCHIEF MAKER, wherein the plaintiff was described as outgoing Member of Parliament and a failed Board Chairman of the Ghana Water Company Ltd.

Plaintiff avers that in the said publication, the Defendant described plaintiff as a common criminal and nothing more, and further published that the palintiff was one of the hands behind the recent disturbing acts of National Security Operatives against two journalists, the 3rd defendant who’s Emmanuel Adjafor, Editor, Modernghana.com.

Plaintiff further avers that the defendants in the same publication published that “how much Afenyo-Markin allegedly bribed one of the detained journalist to retract his earlier claims of torture would be apparant in the not too distant future, just like Afenyo Markin’s offer of a bribe of GHC60,000 to some UTAG National Executives earlier this year to issue disgraceful press statements, that leaked in a matter of days.”

Mr Afenyo-Markin contends that the publications have far reaching consequences as the damage to his reputation goes beyond the jurisdiction of Ghana because all the publication continue to circulate on social media.