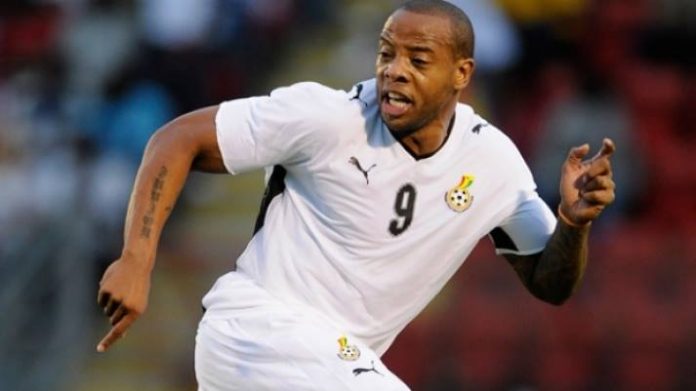 Ex- Black Stars player Manuel ‘Junior’ Agogo’s funeral is set for September 20, 2019 in the UK where he passed on.

The remains of the 40-year old is to be cremated at a private ceremony at St. Mark’s Church, 114 Hamilton Terrace, London NW8 9UT, a poster of his funeral ceremony said. The late footballer suffered from a stroke since 2015 which debilitated him.

Junior Agogo, made his name in Ghana after his outstanding performance during the 2008 Africa Cup of Nations hosted in Ghana.

Junior Agogo to be laid to rest today in London