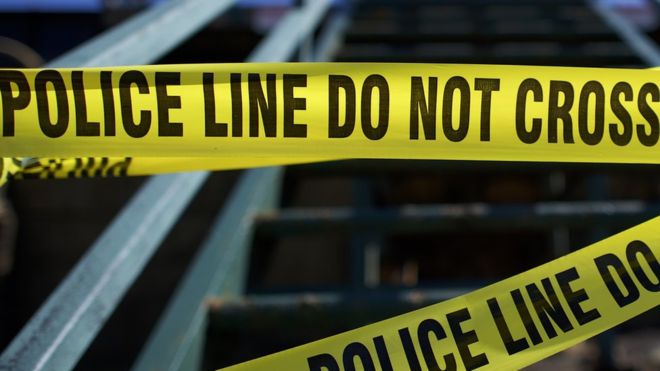 The family of a two-year-old boy who was shot dead by police during a raid on an illicit brew den in a slum in the northern outskirts of Kenya’s capital, Nairobi, are calling for justice.

The boy, identified by local media as Duncan Githinji, was playing outside his parents’ house when he got caught up in the clashes between police and brew sellers in Soweto slum in Kahawa West on Sunday.

The Daily Nation reports that an argument erupted between the police officers, said to have been asking for bribes, and two women selling the brew in the neighbourhood.

The officers reportedly overturned some drums of drew. In the commotion, a crowd gathered and it is unclear why one of the officers shot his AK-47.

The boy died while being rushed to hospital.

Angry residents blocked a major road in the area and lit bonfires to protest about the killing.

The two policemen involved in the incident were arrested on Monday morning.

Amnesty International has condemned the shooting and called for speedy investigation.

Traditional brews, made from fermenting grain, are legal in Kenya as long as the producer is licensed and their brew is bottled and tested.

But underground brewing is rife in areas where people cannot afford to buy alcohol from shops or bars legally.

Kenyan policemen have been linked to routinely extort bribes from illegal brew sellers with the promise of protecting them from possible prosecutions, as well as fending off rivals.