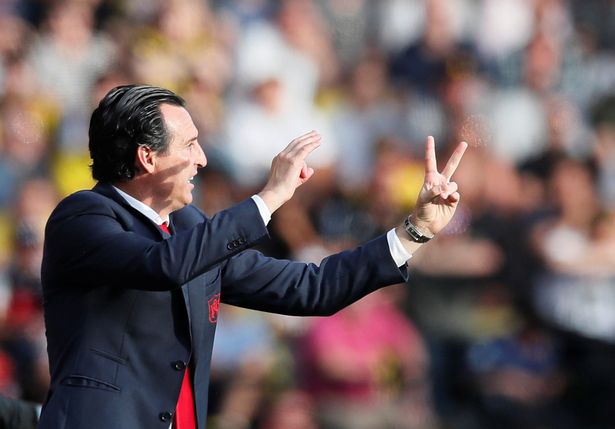 That is the verdict of controversial TalkSport host Adrian Durham, who believes “time is running out” for the Spaniard after a stuttering start to the new campaign.

The Gunners squandered a two-goal half-time lead on Sunday as defensive errors again cost Emery’s side and were lucky to leave Hertfordshire with a 2-2 draw as Watford had 31 shots on goal during the game.

Pierre-Emerick Aubameyang’s brace looked to have the visitors cruising only for Sokratis Papastathopoulos to gift possession to Watford inside his own box and allow Tom Cleverley to strike.

David Luiz then tripped substitute Roberto Pereyra to concede a penalty, which the Argentina international coolly tucked away as Watford collected just their second point of the season.

Time is running out for Unai Emery,” said Durham on TalkSport . “He’s coming up to the end of the two years and there is no difference to the darkest days under Arsene Wenger.

“They conceded more chances to Watford than they did in the 8-2 at Man United.

“So these are just as bad these times for Arsenal and they are nowhere nearer challenging for the title than they were in those latter years under Wenger.

“It’s a fanbase and a club that is living a delusion that their players are really good.

“The midfield and the defending is not good enough and I’m not even sure about the goalkeeper. It looks like they’re not being coached correctly or told the right things.

“Something drastic needs to be done.”