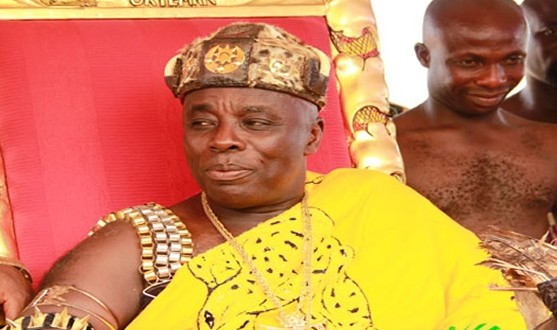 The Overload of Akyem Abuakwa Traditional Area, Okyenhene Osagyefo Amoatia Ofori Panin, has called on his subjects to be patient with the Akufo-Addo-led government as it fixes the challenges of the country.

According to the Okyenhene, Rome was not built in a day therefore the Akufo-Addo government cannot fix all protracted problems of Ghana within two years in power.

“For any nation to develop, it largely depends on the government’s policies and as the DCE said government has many good policies which I patiently believe he [President] will fulfil,” he said.

“It is disheartening commuting on some of these poor roads but nobody should believe that these problems which have lasted for 60 years could be fixed within two years so it is important to be patient for this current government to gradually fulfill its promises,” the Okyenhene said at a durbar of chiefs and subjects of Gyaase Division of his traditional area held at Akyem Kwabeng as part of his royal tour of 16 towns.

He was speaking after the DCE for Atiwa East, Kwabena Panyin Nkansah had appealed to his Royal Majesty to lobby for the fixing of the deplorable roads in the area, having assured the gathering that the current hardship would soon be over.

According to the Okyenhene, the fundamental stimuli of every developed country is access to quality education and is therefore hopeful the Free Senior High School policy introduced by the government will be the game-changer of Ghana’s development with a call on parents to take advantage of the policy to educate their children.

He admonished beneficiary students to learn hard and take advantage of the availability of internet services to acquire knowledge that will add value to their personal progress instead of using it for immoral activities such as watching of pornographic materials. – Kojo Ansah