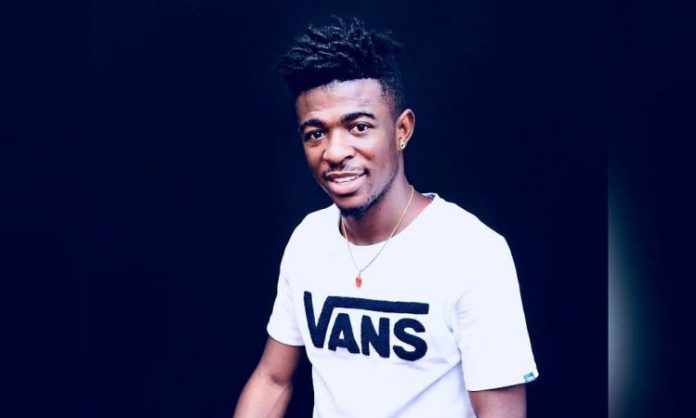 Young actor Frank Osei, known in showbiz as Oboy Frank Naro has refuted rumours claiming the decline in the movie industry’s fortunes was due to upsurge of foreign content on local screens.

Several filmmakers have blamed the decline in the movie industry’s fortunes on the telenovelas and the power crisis, popularly called ‘Dumsor’ that occurred in 2015.

Speaking on Kasapa Fm’s Entertainment show with Kojo Preko Dankwa, Naro said Nigeria Filmmakers have been able to build and sustain their standards despite their worsening power situation.

The young actor without mincing words blamed pacesetters in the movie industry for the low patronage of local contents.

Frank Naro disclosed that the Film Producers Association of Ghana (FIPAG) held series of stakeholders meeting to find solutions to boost the patronage of locally produced movies by migrating from the old system of selling of movies on Compact discs [DVD] to a modern distribution system.

He expressed regret in the leaderships of the movie industry and pioneers for refusing to adapt to new ways of doing things but are quick to blame the issue on influx of soap operas and power outages.

“The opinion that telenovelas are killing Ghanaian movies is very wrong. How can you also blame the woes of this industry on dumsor. I’ll blame pacesetters in this industry for their failure to adapt to new methods of distributing our movies. They didn’t put in enough effort when the DVD era was fading out of the system.” Naro said on Kasapa Entertainment

“Premiering of movies at the cinemas has it good side and bad side. I featured in so many movies but when you ask producers why the movies are not out yet, they’ll tell you, it is costly to premiere movies.” He added

According to him, he has featured in so many movies but few are shown on televisions because some producers claimed they have no money to premiere those movies at the cinemas.

When asked if that is the reason he has now resorted to music, Naro answered in the affirmative by saying ‘yes’.

Frank Naro is currently promoting his new single titled ‘Do Me’ featuring Fameye.