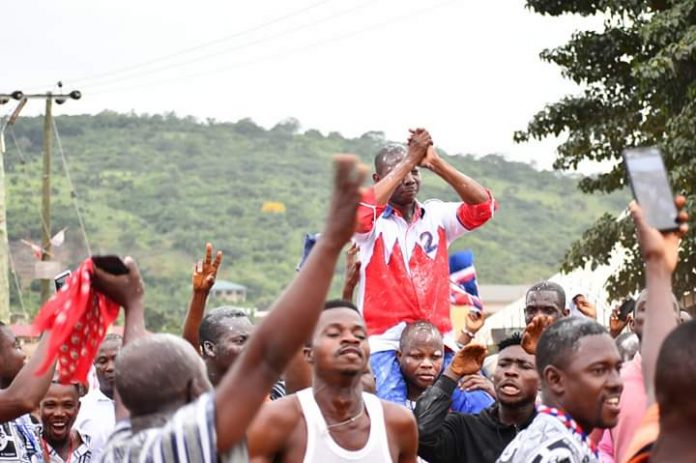 Delegates of the ruling New Patriotic Party in the Eastern Region have retained some Parliamentary Candidates who represented the party in the 2016 elections . 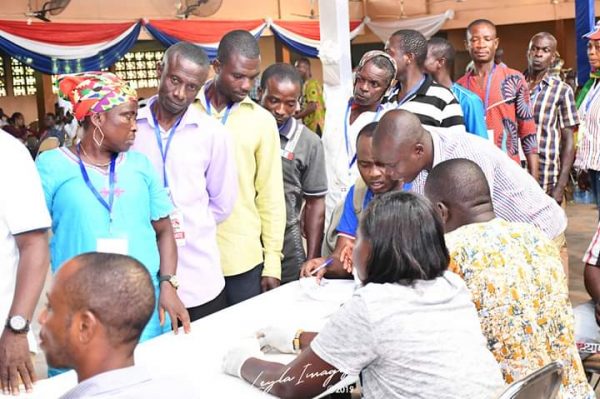 He will once again face the incumbent NDC Member of Parliament (MP), Ebenezer Okletey Terlabi, who defeated him with 19,710 as against 19,383 in the 2016 polls.

Francis Djetse Apertey was defeatefd by the incumbent NDC MP for Yilo Krobo, Magnus Kofi Amoatey,with 23,487 votes as against 15,976.However the MP is ‘lt contesting the seat again. Meanwhile there is a big confusion in the NDC attempt to disqualify one Albert Nyarkotey who is reported to have strong support base hence the Primaries have been put on hold.

Afram plains South, delegates of the ruling Party also retained the 2016 Parliamentary Candidate -William Hor who won with 307 votes as against his contender Zineyele Jacob who polled 202 votes.

William Hor was defeated by the Incumbent NDC MP, Eric Osei Owusu with 11,187 votes as against 9,247 votes he secured.But William Hor will be facing the former MP who was recently reelected by the NDC as Parliamentary candidate

The 2016 Parliamentary candidate of the NPP in Afram Plains North -Isaac Ofori Koree has also been retained in Saturday’s primaries.He won by 358 votes as against 174 polled by Asiamah Anim.

In Afram Plains North-115 delegates believed to be on the Island communities didnt turn out to vote .

Isaac Ofori Koree will once again battle it out with the incumbent NDC MP -Betty Krosbi who defeated him heavily in 2016 with 18,121 votes as against 4,795 votes polled.

In Upper West Akyem, the District Chief Executive -Eugene Sackey however failed to secure the nod of the delegates to lead the party again in 2020.

He was defeated by Fredrick Adom who polled 266 votes as against 174 secured by Eugene Sackey while two other contenders Daniel Yeboah and Maxwell Tenkora had 2 and 8 votes respectively.

In 2012, Eugene Sackey was defeated by then incumbent Member of Parliament Josep Sam Amankwanor by some 3,100 votes. Sackey however closed the gab to about 400 in 2016 parliamentary election in a contest by the current NDC MP Derek Asiful Ohene Bekoe though he alleged it was rigged. He was therefore hopeful of winning the seat for the NPP in 2020 if he had the nod as Parliamentary Candidate for the third time.

NPP Polls: Delegate collapses and dies while waiting to cast his ballot