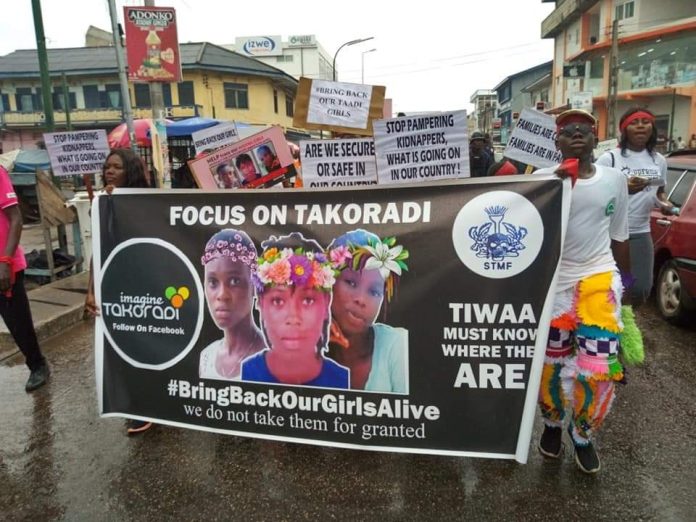 The families of the missing Takoradi girls who were confirmed dead last week have postponed their planned demonstration today, Monday 23rd September 2019.

They were to use the protest to pile pressure on President Akufo Addo to fire CID Boss, COP Tiwaa Addo Danquah among other demands.

A spokesperson for the families, Michael Grant Hayford in an interview said the decision to postpone the protest to Wednesday was in accordance with the provision that mandates that the Police be given at least five days notice.

The whereabouts of the four missing Takoradi girls – Ruth Abakah, Ruthlove Quayson, Priscilla Blessing Bentum and Priscilla Koranchie – who were kidnapped between August and December 2018 had become a mystery several months after the issue gained national prominence.

A special police operation led to the discovery and exhumation of the bodies of the three missing Takoradi girls at Kasawrodo in the Western region in August this year.

DNA tests were ran on the remains and the results were confirmed by the Police to be that of the ladies.