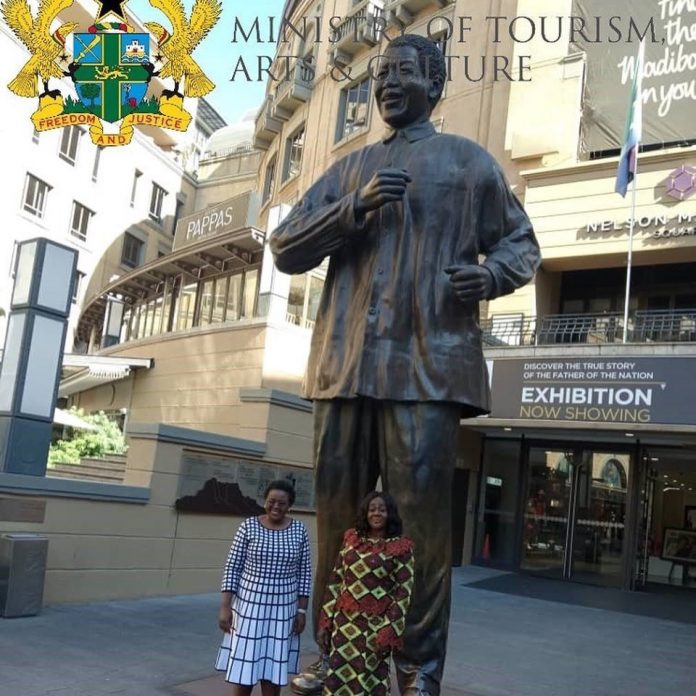 The Minister of Tourism, Arts and Culture, Mrs Barbara Oteng Gyasi led an official working delegation to South Africa to discuss and sign a cooperation agreement for the development of specific tourism projects in the country.

The agreement which was signed between the Ministry of Tourism, Arts and Culture and the GUMA group was signed on the 26th of August 2019.

The cooperation agreement which was signed by the Hon. Minister for Ghana and Mr Robert Gumede, the Executive Chairman for the GUMA Group and witnessed by Mr. Kwadwo Antwi, CEO of Ghana Tourism Development Company (GTDC) and Mr Blacky Komani, Dep CEO of Tourvest. 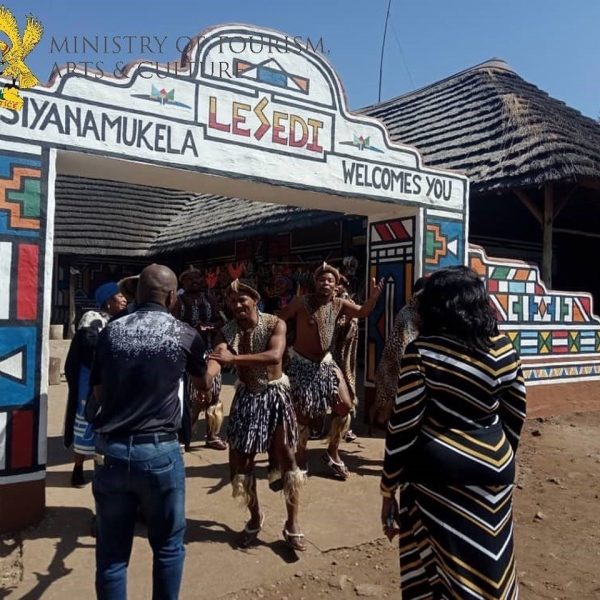 The areas of cooperation as agreed on in the MOU include: Assist in growing the Regulatory Environment, Review of Institutional Capacity, Assessment of Existing Facilities, Integrated Tourism Information and Communication, Commercialization of the Ghana Tourism Sector, Management System for Commercial Concessions, Investment Promotion Strategy, Wild Life Restocking, Development of Local, Regional and Inbound Traffic Strategies, Training, Establishment of Grading Council, Transportation and Logistics Plan, Development of Tourism Products and Direct Investment by GUMA in tourism infrastructure.

Tourvest is the largest integrated tourism group in the Southern Hemisphere.

Guma led the acquisition of the then Johannesburg Stock Exchange listed group in 2008 in the midst of the global economic meltdown. Guma is the majority shareholder 51.83% of Tourvest Holdings.

The reason Guma invested in Tourvest was to be a trailblazer for Blacks to break the ceiling in involvement and ownership of a major integrated tourism group that brings inbound tourists from all over the world.

The Tourism sector in Africa and the world has been a closed market for Black entrepreneurs. Guma managed to change the landscape.

At the time Tourvest was bringing about 200 000 inbound tourists into Southern Africa. Today Tourvest operates in almost all continents of the world and most of the major countries like USA, Britain, Brazil, Caribbean, Australia, Italy, France, China, Nigeria, Kenya, Uganda, Tanzania, Zimbabwe, Namibia, South Africa but to name a few.

TOURVEST is a global tourism group involved , owns and operates and is focus  in  giving tourists an unforgettable experience inter-alia through:

Film stakeholders and practitioners picket at Ministry of Tourism, Arts and Culture – PHOTOS