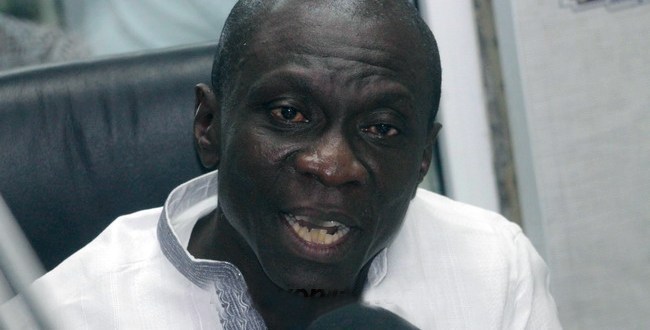 Astute lawyer, Kwame Gyan has described Ghanaian politicians as a group of people who are only wise when they exit power.

According to the experienced lawyer, politicians suddenly become blind when in power and do not see what is wrong during their regime and have their sight restored only when they are kicked out of power.

Lawyer Kwame Gyan made the statement on Okay FM while commenting on issued raided by the Deputy NDC Minority Chip Whip, Ahmed Ibrahim in an interview on the same station.

The Banda MP had slammed President Akufo Addo for planning to cause the creation of 25 new constituencies when he has failed to ensure the release of the District Assembly Common Fund for the whole of 2019.

Lawyer Kwame Gyan urged politicians to stop the hypocrisy and ensure that all their actions are done in the interest of the nation and not their parochial interest.

“All of us should sit down as Ghanaians and come to the conclusion that what is not good today is not good when it was done some years back. Any action that a particular political party took yesterday that was wrong is still wrong when the same is done today too. Unfortunately for us, the people known as politicians when they are in power everything is okay, as soon as they leave power, then the blindness that prevented them from seeing what was wrong during their regime clears off their eyes. They now begin to see the wrongs under another government tenure. That is where we have a problem as a country. Whenever any politician leaves power they suddenly become very wise, when in power the wisdom vanishes into thin air. We should stop this hypocrisy, what was not right yesterday is not right today.”