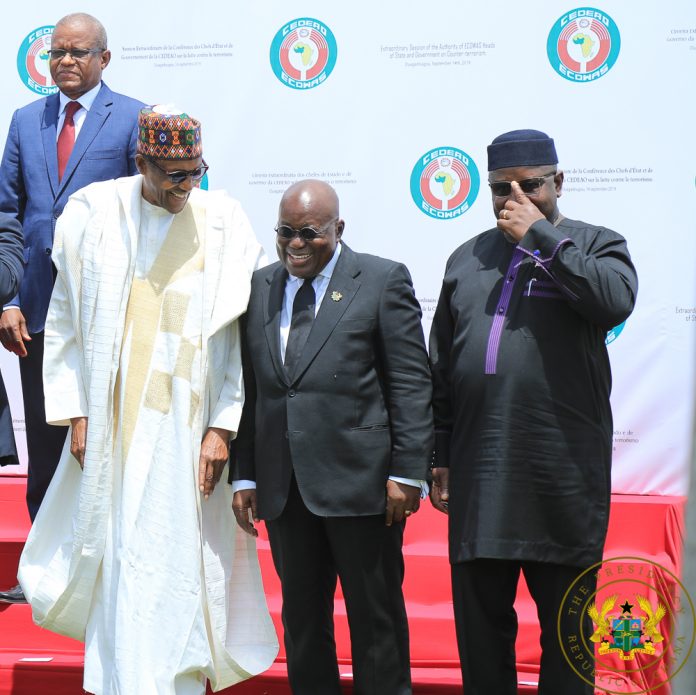 The President of the Republic, Nana Addo Dankwa Akufo-Addo, has urged the Authority of Heads of State and Government of the Economic Community of West African States (ECOWAS) to accept and implement the ECOWAS Commission’s proposals on dealing with terrorism in the Region.

According to President Akufo-Addo, the Commission’s plan, when properly implemented, can address substantially the problem of terrorism within the region.

“The priority areas touch on every aspect of the terrorism canker, from promotion of inter-community dialogue, intelligence gathering and sharing, strengthening border security controls, training and equipping state actors, dealing with terrorism financing, coordination of counter-terrorism efforts, strengthening control of arms and dual use goods, and the mobilisation of resources to fund counter-terrorism within the region,” he said.

Addressing the ECOWAS Extraordinary Session on Saturday, 14th September, 2019, in Ouagadougou, capital of Burkina Faso, President Akufo-Addo indicated that “our situation in West Africa has become grave with the presence of operatives and surrogates of al-Qaeda functioning in the Sahel, and Boko Haram militants operating around the Lake Chad Basin”.

In the face of these threats, President Akufo-Addo bemoaned the slow nature of ECOWAS Member States to adopt and execute the measures that have been structured to address the menace of terrorism.

“It is time we heeded the clarion call of ending these threats. We need to cultivate the culture of sharing information amongst ourselves, and harmonise efforts to deal with them, as they affect not just our region, but also the entire African continent,” he added.

The synergy being employed by members of the G5 du Sahel, and the ongoing multinational operations in the Lake Chad Basin, which have driven out some of the terrorist elements from the area, he said, must be applauded.

The terrorists, as a result, are now moving south in search of safe haven in countries like Côte d’Ivoire, Togo, Benin and Ghana.

The President told his colleague Heads of State that the Accra Initiative, involving regular meetings of security and intelligence heads from Ghana and her neighbouring countries, namely Cote d’Ivoire, Burkina Faso, Togo and Benin, is ongoing to review and formulate joint strategies towards combating shared threats on terrorism and violent extremism. 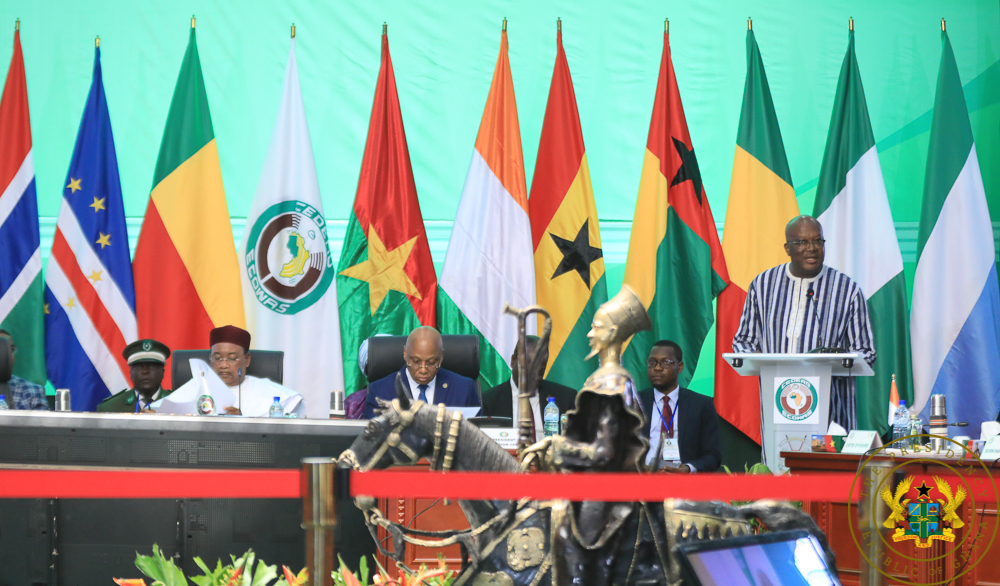 Mali and Niger have also recently joined the deliberations under the Accra Initiative.

“We have to ensure the proper coordination of measures, such as those of the G5 du Sahel, the Lake Chad Basin Joint Task Force and the Accra Initiative, to help deal effectively with terrorism and security in the Region. This will build synergy, avoid duplication of efforts, and eliminate gaps that may be exploited by terrorist elements,” President Akufo-Addo added.

Whilst focusing on the proposal by the ECOWAS Commission, the President urged his colleagues not to overlook the critical economic, political and social policies that have to be engineered to assist in the fight against terrorism.

“Promoting inter-communal dialogue, enhancing religious tolerance, de-emphasising ethnic divisions and chieftaincy conflicts, guaranteeing access to education, stimulating economic development in deprived communities – these are necessary adjuncts to the arsenal of security and intelligence needed to win the fight,” he added.

President Akufo-Addo indicated Ghana’s support, in principle, for the proposal made by President Alassane Ouattara of Cote d’Ivoire for the funding of West Africa’s counter terrorism efforts, but stressed that Ghana needs further consultations to arrive at a concrete figure. 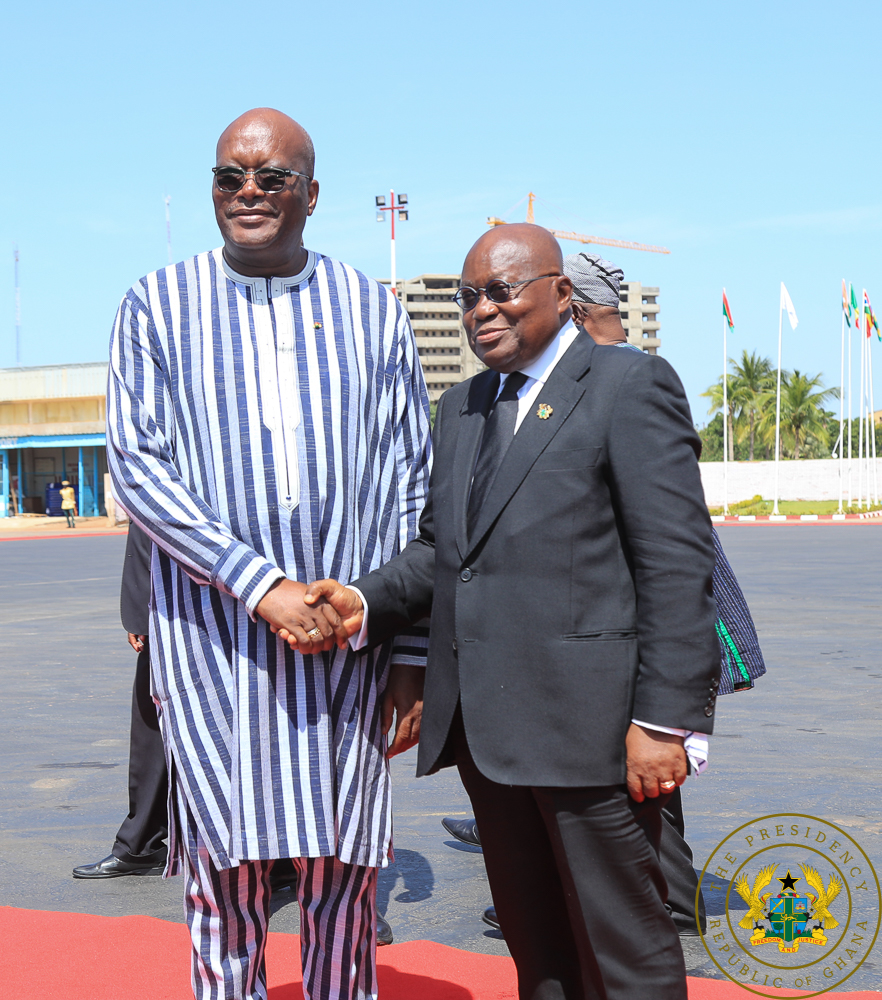 He also urged the Authority not to ignore offers of assistance and solidarity, especially the one recently made at the G7 meeting of the world’s most advanced economies, in Biarritz, France, last month on 25th August, which aims at strengthening peace and security co-operation, and increasing support to Sahel States in the fight against terrorism.

“We must certainly respond to it, and discuss with them urgently the exact details of the co-operation they are offering. We must welcome these gestures of solidarity. Ghana’s commitment to the fight against terrorism is absolute, and we are willing and determined to work with fellow ECOWAS Member States in combating it effectively,” the President added. 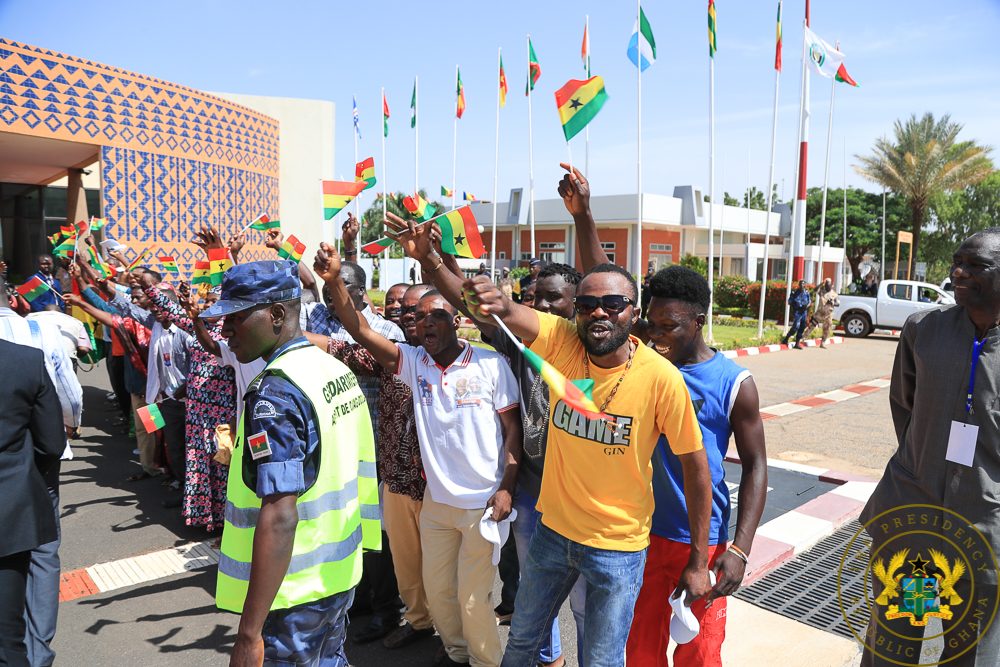