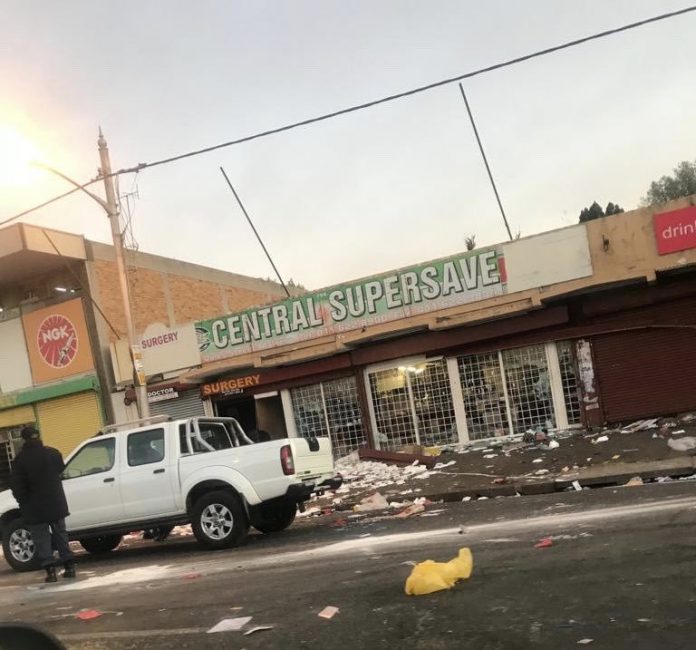 Following the outbreak of violence in South Africa, which has seen some foreign-owned businesses targeted, a number of other African countries have expressed their concern and issued warnings.

Ethiopia’s embassy in South Africa has advised its citizens to close their businesses during the on-going tension that has seen shops in the commercial hub Johannesburg looted and set ablaze, Ethiopia’s state-linked FBC reports.

It also says that Ethiopians are advised to “distance themselves from any confrontation and conflict” and not go out with expensive jewellery.

Meanwhile, Zambia’s transport ministry has said that lorry drivers should “avoid travelling to South Africa until the security situation improves”.

The statement refers to reported attacks on foreign lorry drivers. The IOL news site says that there have been “numerous incidents” of vehicles being looted.

And, in a tweet, Nigeria’s government has reiterated the words of Foreign Minister Geoffrey Onyeama. It said that Nigerian businesses had been targeted adding that “enough is enough”.

But on Monday, South Africa’s police minister, Bheki Cele, said “criminality rather than xenophobia” was to blame for the “senseless violence”.