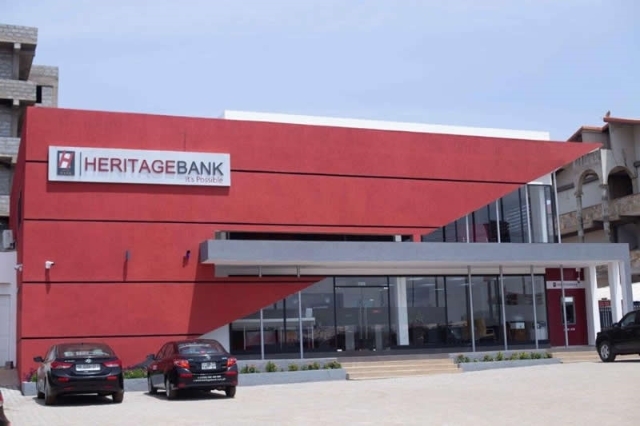 The majority shareholder of the now-defunct Heritage Bank Ghana Limited, Mr Seidu Agongo, has bemoaned what he describes as the “sad end” to the indigenous financial institution following news of the scheduled auctioning of the collapsed bank’s assets.

Narrating the dream behind setting up HBL, Mr Agongo, in a short write-up, said: “In July 2014, I set out to build a brand that will endure and stand the test of time. It was a deliberate attempt, guided and inspired by a passion to create a formidable brand from scratch onto the world economic stage. Like Ecobank, Access Bank and Stanbic Bank, which are successful African brands in the financial space, that brand was envisaged to be a proud continental brand, blazing the flag of Ghana and rubbing shoulders with counterparts elsewhere.

“With US$60 million in hand, we completed the preparatory works and in October 2016, acquired a licence from the Bank of Ghana to operate as Heritage Bank Ghana Limited.

“The dream was on and in the twinkle of an eye, a group of highly motivated staff were assembled and one of the best and most robust working structures put together to render niche services that will endear those we come into contact with.

“All was well until 2017 when a new regulatory regime started taking us, prisoner.

“To cut a long story short, Heritage Bank was collapsed in January this year, making it the only SOLVENT BANK to have lost its licence to the Bank of Ghana’s reforms.

“Almost nine months down the line, the properties of the once cherished, blossoming and glowing brand are now up for auction; an auction that is akin to the virtual continuous auctioning of shrewd business ideas in our part of the world.

“Africa and Ghana, in particular, won’t grow in that environment.

“Like Pastor Mensa Otabil said in February 2016, the difference between Ghanaians and Mark Zuckerberg and Steve Jobs of Facebook and Apple fame is not brains, it is the environment!

“Heritage Bank may be gone but the flame hasn’t quenched and won’t be quenched. #StillHeritageToTheWorld”.

The businessman’s statement comes on the back of the announcement of the public auction of the assets of the bank from Monday, 9 September 2019 till stocks run out at Dzorwulu, Accra, where it had one of its branches.

A public notice in the dailies to that effect said the auction will be from Mondays to Saturdays from 10 a.m. to 3 p.m.

The locations for the public auction are “No. C210-14, Blohum Street, Dzorwulu, Accra. Dzorwulu (for vehicles) and Plot LI 23A, Tema Motorway Industrial Area, Cylinder Junction, behind Sintex Polytank Industry, Spintex Road, for all others”.

The notice names the auctioneer as Jonas Acquah of Jonac Mart.

The Bank of Ghana revoked Heritage Bank’s licence on Friday, 4 January 2019 on the basis that the majority shareholder, Mr Seidu Agongo, among other things, used proceeds realised from alleged fraudulent contracts he executed for the Ghana Cocoa Board (COCOBOD), for which he and former COCOBOD CEO, Dr Stephen Opuni are being tried, to set up the bank.

Announcing the withdrawal of the licence, the Governor of the central bank, Dr Ernest Addison told journalists – when asked if he did not deem the action as premature, since the COCOBOD case was still in court – that: “The issue of Heritage Bank, I wanted to get into the law with you, I don’t know if I should, but we don’t need the court’s decision to take the decisions that we have taken. We have to be sure of the sources of capital to license a bank; if we have any doubt, if we feel that it’s suspicious, just on the basis of that, we find that that is not acceptable as capital. We don’t need the court to decide for us whether anybody is ‘fit and proper’, just being involved in a case that involves a criminal procedure makes you not fit and proper”.

However, Mr Agongo responded with a press statement in which he said that the “not fit and proper” tag stamped on him by the central bank was “capricious, arrogant, malicious and in bad faith”.

According to Mr Agongo, “In purportedly making the determination, the central bank obviously had little regard for the time-honoured principle that a person is presumed innocent until proven guilty by a court of competent jurisdiction”, adding that: “The fact that I have a case pending before the High Court is a matter of public knowledge but my guilt or innocence is yet to be determined by the Honourable Court”.

“The determination that I am not a fit and proper person to be a significant shareholder of HBL because the central bank suspects the funds are derived from illicit or suspicious contracts with Cocobod is not only calculated to pre-judge the outcome of the criminal proceedings but also violative of the principle of presumption of innocence to which every individual is entitled. Since when has suspicion become a substitute for credible evidence?” Mr Agongo asked.

Seidu Agongo Writes: We can only grow when we empower our own