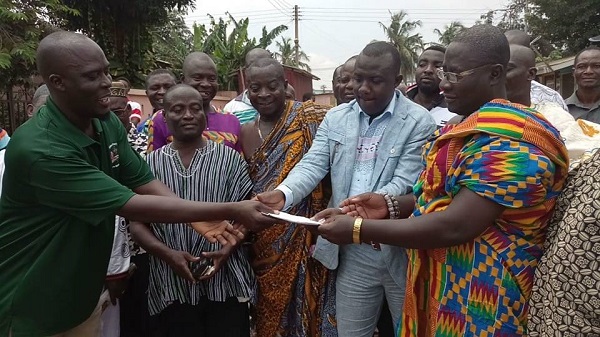 The Head of the Nii Arde Nkpa Family, Daniel Nii Arde Tagoe, has dismissed claims of being the chief recruiting officer of land guards who have been terrorizing residents and tourists in the Kokrobite enclave and its environs.

“I have never associated myself with land guards how much more being the chief recruiting officer or kingpin who have been recruiting land guards to terrorize an area my family is the main custodians of the land? Such claims are frivolous and I urge the general public to treat it with the contempt that it deserves”, a well composed calm looking Mr. Tagoe noted in an interview with kasapafmonline.com, Thursday.

A group calling itself Community Rights for Development on Wednesday called the Inspector General of Police (IGP) to immediately arrest Mr. Tagoe and prosecute him for recruiting land guards to terrorize residents and tourists in the Kokrobite enclave.

A statement signed by its Convener, Nixon Tetteh Neequaye, said “As responsible citizens, we do support the new bill passed recently by the law makers against vigilantism/land guards to deal with any suspected person or persons without fear or favour. Notably, our concerns as citizens in the beach town of Ga South, want a peaceful and habitable Kokrobite and its surroundings. Economically, the beach town (Kokrobite) used to be one of the highest tourism destinations in time past but because of these notorious criminals parading as land guards, now tourists don’t patronize the beaches”, he said.

However, Mr. Tagoe said the claims by the group are false, stressing that he has at all times, supported his community in diverse ways.

He said his footprints in the Kokrobite, Langma and Tuba and its environs are there for all to see and urged the security agencies to deal ruthlessly with anyone who involves himself or herself in gangterism or land guard in the area.