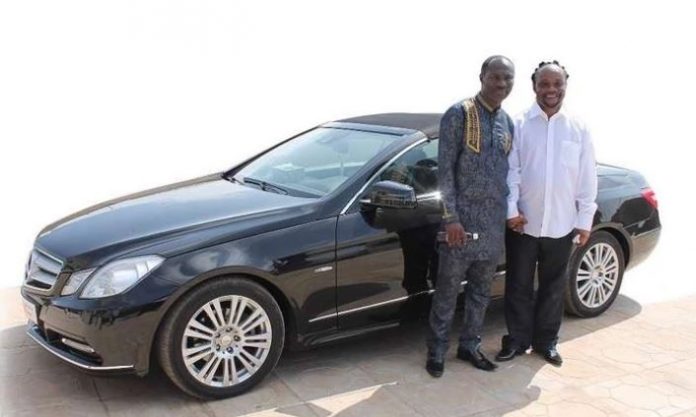 The leader and founder of Glorious Wave Ministry, Prophet Emmanuel Badu Kobi has revealed that he has under the direction of God so far gifted a total of 269 vehicles to people.

According to the man of God, he has been blessed with wealth through hard work and will even gift out a private jet if he has and is led by God to do so.

Speaking to Bola Ray on Starr Chat on Starr FM, Prophet Badu Kobi stated that he hates to enjoy his riches alone hence extend to others in need.

He added that by so doing he’s reduced huge burden on other people.

“When I have I give, so far I’ve given out 269 cars. Do you know what I’ve done? I’ve removed a lot of burden from this nation. I’ve ensured that several people are mobile, this nation must not criticized me. It must rather be said that this man of God instead of enjoying it alone rather shared with others. Even when I have a private jet and God says I should give it out I will. If God tells me this jet is not yours it’s for Bola Ray I will take you to the tarmac and say sir, this is yours. I’ll say goodbye and go to my house. I don’t value material things and can’t live for them because we are just passing through this world.”

NPP Polls: Losing candidate takes back cars he promised to donate to party