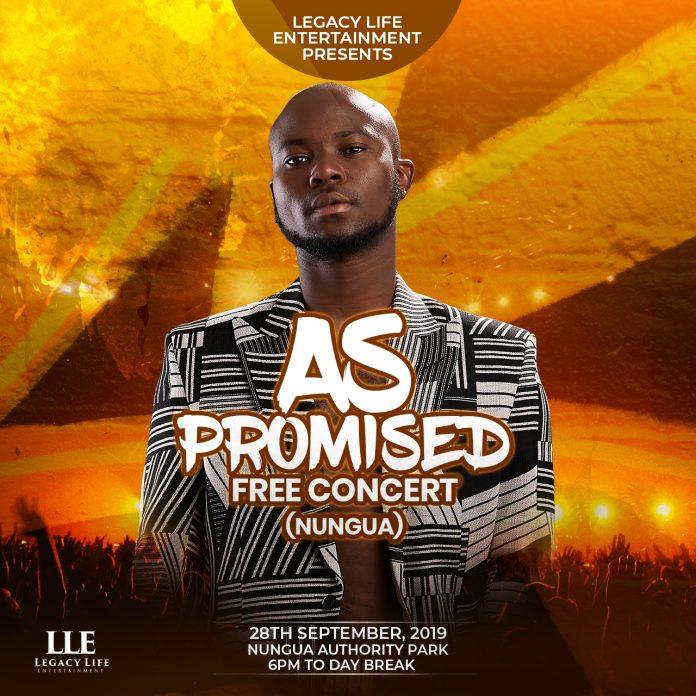 This concert is King Promise’s way of giving back to the society he is from, Nungua.

There are going to be several other engagements with the people of the community within the day before capping it all off with the mega concert later that evening.

Further announcements will be shared in the coming days.