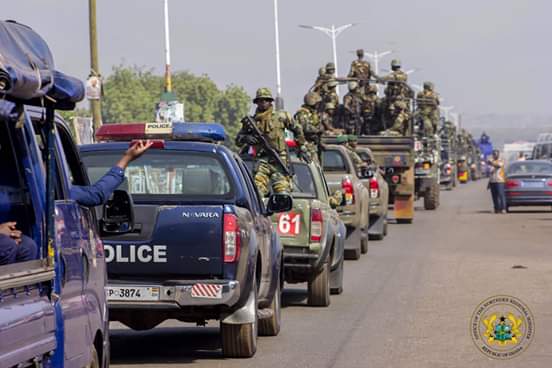 The Ashanti Regional Security Council says although the Kwame Nkrumah University of Science and Technology (KNUST) campus has been declared a security zone, REGSEC will limit military deployment to the University.

“At the moment, police are assisting the campus security. We’re trying hard to prevent the situation, where this whole thing will not reach that level where we’ll intensify military presence in the School, because all what we’re doing is just to protect the Students. You’re aware fresh students will be reporting by Friday and we don’t want the security situation in the School to deteriorate.” the Ashanti Regional Minister, who’s also the Chairman of the REGSEC, Simon Osei-Mensah told Kasapa 102.5 Fm.

Speaking on  Anopa Ksapa on Kasapa 102.5 Fm, the Ashanti Regional Minister, said security forces are on the alert for an upsurge in violence and also forestall any chaotic situation like it happened last year.

“We’ll not sit aloof for violence to escalate like we saw last year in the University. I’m praying that those who are planning to foment trouble will heed to our advice and use the appropriate channel to address their grievances.

The campus of the Kwame Nkrumah University of Science and Technology (KNUST) has been declared a security zone by the Ashanti Regional Security Council (REGSEC).

This follows intelligence gathered by the REGSEC of intended disturbances on the campus of the public university by the students.

The intelligence has established that the students’ body of the KNUST are being instigated by some members of the Alumni.

The Chairman of the Ashanti REGSEC, Simon Osei-Mensah who made this declaration in a statement dated September 3, 2019, said :“anybody who directly or indirectly engages in activities that may disturb the peace on the KNUST campus shall be sternly dealt with in accordance with the law”.

The Ashanti REGSEC, has therefore directed that any person or group that has grievances against the KNUST should report it to the appropriate authorities for redress or necessary action.

“The general public, particularly, parents and guardians, are advised to caution their children and wards to abide by the University regulations and refrain from acts that may contravene the Public Order Act”, the statement in part read.

It added “The Ashanti Regional Security Council serves notice that, it shall ensure strict enforcement of the laws concerning public order, whenever they are breached”.

The KNUST is on tenterhooks following what the students’ body describes as failure on the part of the school’s authority to address their grievances in relation to the University Hall (Katanga Hall) which has been turned into a mixed sex hall instead of the traditional single sex (male) hall.

Various concern bodies of the University including some members of its Alumni have joined the fray with many serving notices to the management body of the University to have themselves to blame should there be any chaos on campus like what was witnessed a year ago.