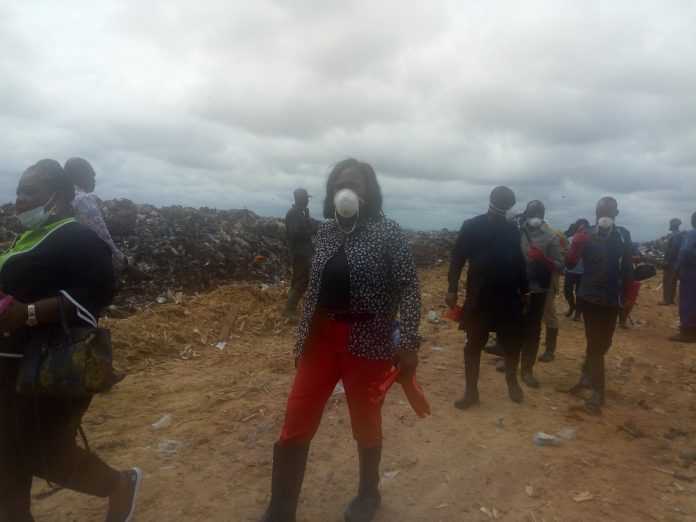 A joint select Committees of Parliament made up of Local Government & Rural Development, Works & Housing and Environment, Science and Technology, wants the government to as a matter of urgency, move swiftly to address the sanitation challenges confronting the people of Kumasi and its environs.

Kumasi which is now called Greater Kumasi following the creation of new municipalities out of the Kumasi Metropolitan Assembly is challenged with a befitting engineered landfill site.

The city now records almost 3000 tons of waste daily with the Oti Landfill site which is a 100 acre land nearing full completion.

What is even more worrying is the fact the waste cannot be segregated and recycled, with residents around the facility fearing that it may explode anytime soon because of the trapped gas beneath it.

The situation demands the closure of the facility for it to be turned into an engineered landfill site.

But once closed, the challenge will be where to damp the refuse.

The MPs having toured the facility on Tuesday told journalists that the Kumasi Metropolitan Assembly needs immediate help.

The Deputy Minority Whip and MP for Banda, Hon. Ahmed Ibrahim said there is the need for private sector participation in addressing the challenges at hand.

“We cannot allow this to go on. The people of Kumasi needs a befitting engineered landfill site where the waste can be recycled. All of us: the central government, private sector must come in to support” he noted.

The Kumasi Metropolitan Chief Executive, Hon. Osei Assibey Antwi on his part said the Assembly cannot address the challenges at hand on its own because of lack of funds, calling on the central government to come to their aid.

“There are a lot of things that the Assembly cannot do on its own. You all know that it is seven administrative Offices that are using this facility – KMA, Asokore Mampong, Asokwa among others. But as at now, it is only KMA that funds this facility and the money that we get cannot fully finance this facility and we cannot charge economic rate. So, there is a problem”, he posited.

The MPs also used the opportunity to visit the Kumasi Integrated Waste Treatment Facility being put up by Zoomlion Ghana Limited.