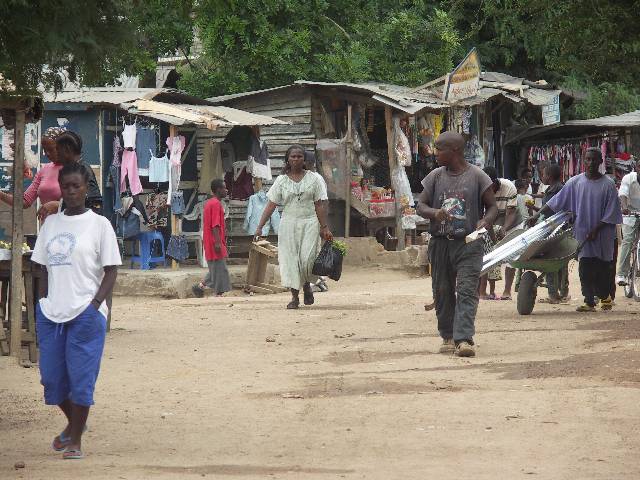 The District Chief Executive Gomoa East District Solomon Aarko Quarm has revealed that the Liberian Camp at Gomoa Buduburam will be destroyed soon.

According to him, currently, there are investors who are ready to fund an ultramodern market complex with well-designed markets and parking space.

He made the disclosure in an interview with sit-in-host Akwasi Nsiah on Anopa Kasapa on Kasapa FM while commenting on the Thursday dawn’s swoop conducted by a joint team of Police, Military personnel at Buduburam during which a total of 141 suspects including 15 females were arrested.

The Liberia camp which used to host Liberian refugees fleeing the civil war that hit the West African Country has now been turned into an area which harbors hardened criminals and drug addicts who terrorize residents of adjoining communities.

Hon. Solomon Darko Quarm, added that the Assembly has officially written to the Ghana Refugee Board asking for the transfer of the Liberia Camp to the district assembly.

“The activities of some residents of Buduburam is giving us a bad name as people of Gomoa. Our plan to demolish the camp is not a knee jerk action just because the police, military team have been to the area. Their[Liberians] continues existence there allows their brothers from Liberia and some criminals use the place as a fulcrum to launch their criminal activities. If a Liberian wants to continue to stay in Ghana long after the camp has lost its refugee status, he or she can rent a house at any part of Ghana and vacate the place to be used for the intended project.”