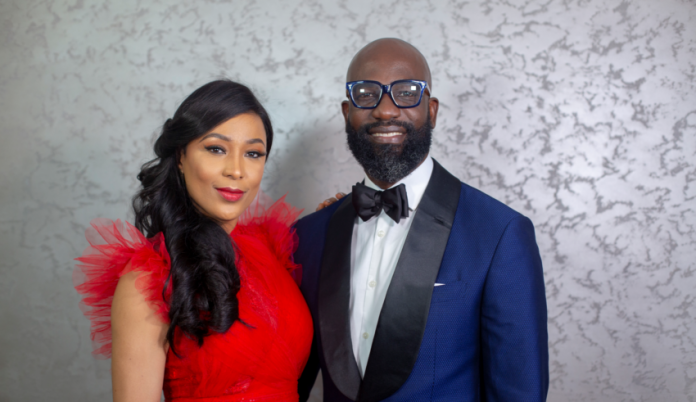 It’s been the style industry’s most kept secret for months now, with regards to who and who will possibly take over the Glitz Style Awards host duties from the versatile Ghanaian-based designer Elikem Kumordzie and Nigeria’s media mogul Idia Aisien.

Announced last week in a comic visual capturing award-winning designer Mai Atafo as 2019 Style Awards host, the excitement and anticipation for the weeks-to-come style night has been wounded with a fresh MC coming on board as co-host, Nikki Samonas.

Poised for the night, expected audience will be left at the mercy of the duo to take them through an unforgettable night loaded with style topics, whiles awarding the unprecedented works of nominees, who will be lucky enough to walk home with recognized style plaques.

From attending the event the very first time as a nominee in 2017 to carrying the African Designer of the Year in the end, Mai has groomed himself as a potential show host, buttressed by his defined resume in the halls of design and styling of A-listers across the African continent. The ‘V Republic’ actress Nikki, will also top her Glitz Style Awards commitment from being a red-carpet hostess in 2017 to becoming the co-host on the big stage this year.

With records of both sides’ familiarity in the style and fashion fraternity, there is no doubt that this year will certainly be another memorable night for the archives of Glitz Style Awards.

IMAGES: What celebrities wore to the 2018 Glitz Style Awards