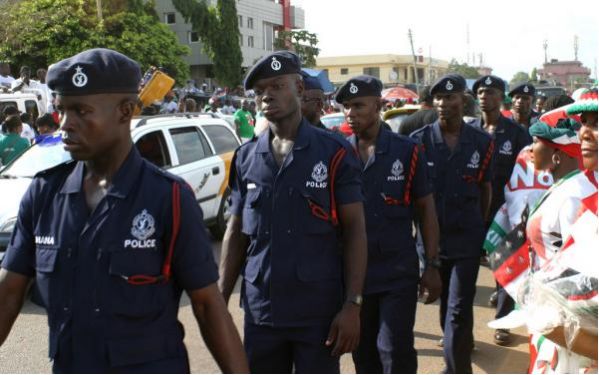 Security Analyst, Adam Bonaa has slammed what he says is the uneven distribution of human resource and other resources within the Ghana Police Service.

According to him, several police officers idle about in Accra doing nothing productive when there is serious need for them in other parts of the country.

“Some of these police officers are following Ministers, two or three of them following DCEs around at a time really doing nothing. Most of such police officers are in Accra, even Kumasi doesn’t have the number of police officers that should equate the national average. My point is that why do we have Ghana Police not decentralized but we have Ghana Police in one pot so that when we’re doing the national average we use that one pot to do the average. Why can’t we say the average in Tamale is 1 is to 1500 so that when we’re apportioning resources we distribute it evenly. When vehicles come to be distributed most of them remain in Accra when recruitments are done most of the recruits remain in Accra and so my point is that can we look for another paradigm in fighting crime instead of the knee jerk approach? I mean these things will not stop crime-fighting” Adam Bonaa told sit-in-host Akwasi Nsiah on Anopa Kasapa on Kasapa 102.5 FM.

He made the comment while sharing his opinion on Thursday dawn’s swoop at Gomoa Budumburam by a combined team of Police, Military officers.

Adam Bonaa described the exercise in which a total of 141 suspects including 15 females were arrested as an exercise in futility.

Describing a swoop as an archaic method of fighting crime, he said the measures adopted by the security forces at Buduburam will fail in ridding the area of criminals as there are no police officers stationed or patrolling in the town due to lack of personnel.