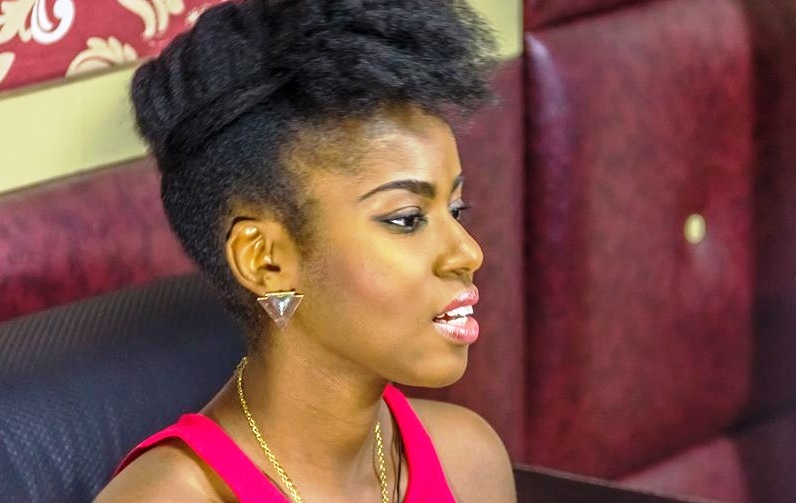 The contractual agreement between Ghanaian Afropop, dancehall singer, Mzvee and Lynx Entertainment, a record label under Richie Mensah has ended.

In an official release dated Wednesday, September 11, 2019, the eight (8)years contract between Vera Hamenoo-Kpeda, better known by her stage name MzVee and Lynx Entertainment has been described as an amazing journey.

See their statements below: 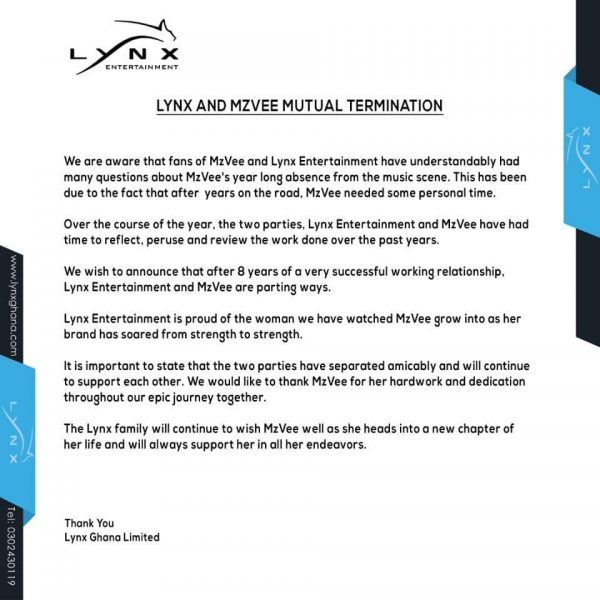 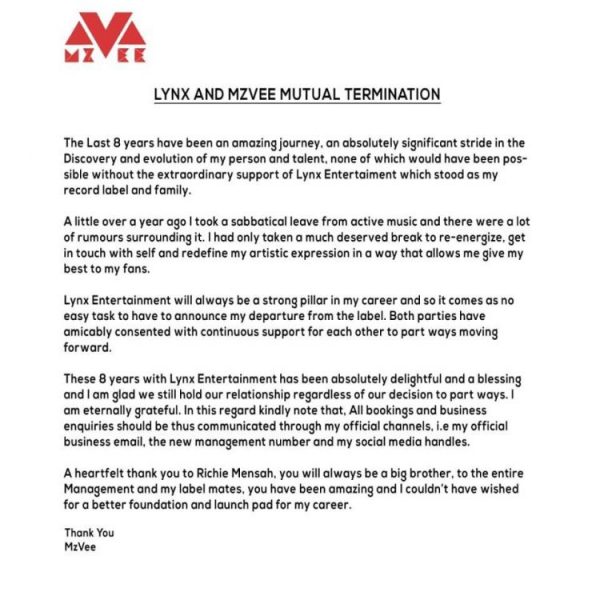 Her debut solo album features several hit singles including ‘Borkor Borkor’, ‘Natural Girl’ and ‘Dancehall Queen’. MzVee is signed to the record label Lynx Entertainment and was the winner of the New Artiste of the Year award at the 2015 Ghana Music Awards.

She followed this with hit single ‘Natural Girl’ and went on to win the ‘Unsung Artiste Award’ at the 2014 Ghana Music Awards. Her debut album was released in November 2014[2] and features collaborations with several award-winning artistes such as Stonebwoy, VIP, Shatta Wale, Richie Mensah, Manifest and Didier Awadi.