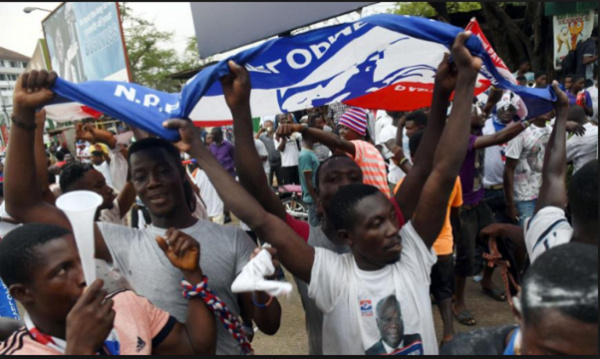 A delegate in the ongoing ruling New Patriotic Party(NPP) Parliamentary primaries at Ablekuma South constituency, Jonathan Nii Otu Ankrah collapsed while waiting to cast his ballot and has been confirmed dead.

He fell hitting his head to the ground and was rushed to the Korle Bu Teaching Hospital where he was pronounced dead.

The deceased reportedly died from a heart attack.

The unfortunate incident has left the other delegates shocked as the deceased was looking well and was chatting with a colleague when he suddenly collapsed.

The NPP is voting today to elect Parliamentary candidates in 100 constituencies across the country where they have no sitting Members of Parliament(orphan constituencies).

Over 45,000 delegates are expected to cast their ballot.

Elections have been put on hold in 6 constituencies, one in the North East Region and the rest in the Volta Region.

The NPP’s ultimate goal is to annex the seats from the NDC come 2020 and augment their majority in Parliament.

NPP Polls: No accreditation, No entry policy being enforced; Many left stranded