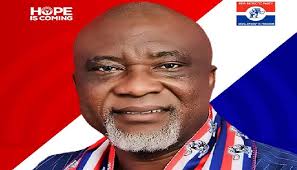 He polled 321 votes as against his main contender William Asante, who managed 203 votes.

The other aspirants, Prince Dadzie and David Annang polled 56 and 46 votes respectively.

The Kpone-Katamanso seat is currently being occupied by National Democratic Congress Member of Parliament, Joseph Nii Laryea Afotey-Agbo, who stepped down after serving four terms.

Mr. Martey, will face off in the 2020 elections with the NDC’s Sam George, who is currently the Member of Parliament for the area.

NPP Polls: Delegate collapses and dies while waiting to cast his ballot