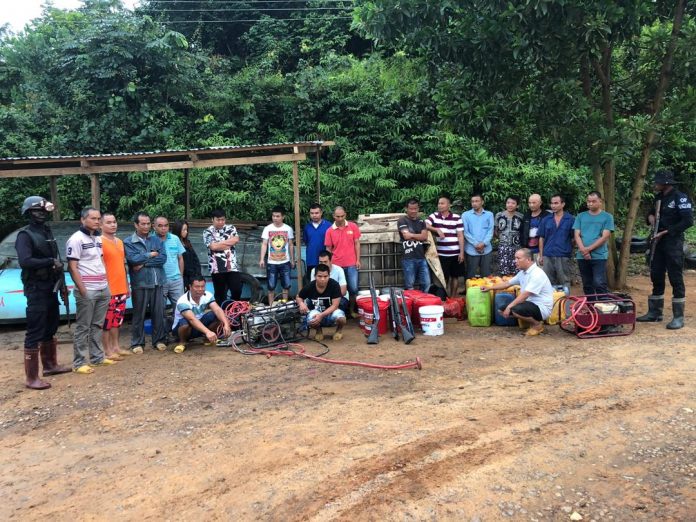 At least 20 Chinese nationals suspected of engaging in illegal mining have been apprehended following a massive operation conducted by VANGUARD personnel at Mpohor and Prestea-Huni Valley in the Western Region on Wednesday 18 September 2019.

The suspects are currently detained by the Abosso Police pending proper handing over to Ghana Immigration Service.

Two (2) other Chinese nationals were arrested in patrols conducted within the general area of Ntobroso in the Atwima Mponua District on Monday together with a Toyota pickup truck and several other miscellanous mining equipment.

In operations conducted in the general area of Abompe in the Fanteakwa District, a Bissau-Guinean and 14 Ghanaian suspected illegal miners were also arrested.

All the foreign suspects have since been handed over to Ghana Immigration Service with the locals in the custody of various district police stations awaiting further action.