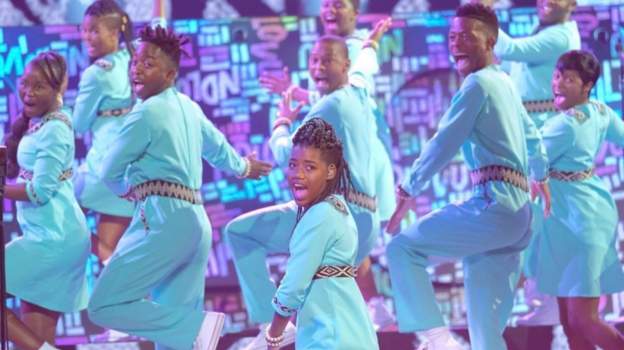 South Africa’s Ndlovu Youth Choir failed to make it into the top five of America’s Got Talent, but say they are not discouraged as they are excited about their future.

The young singers ultimately lost in the final of the TV talent show to US singer Kodi Lee, who walked away with the $1m (£801,000) prize.

“Our AGT journey may have come to an end but this is only the beginning. We are so excited for what lies ahead, and we look forward to continuing sharing love, unity and above all hope,” the choir tweeted.

Our @AGT journey may have come to an end but this is only the beginning. We are so excited for what lies ahead and we look forward to continuing sharing love, unity and above all hope. 🇿🇦🇺🇸❤️🙏🏾 #agt pic.twitter.com/EDTtYh8Sfr

The group, together with fellow contestants Detroit Youth Choir, treated the audience to one more performance before the winner was announced.

Teaming up with US rapper Macklemore and Norwegian DJ Kygo, they sang Whitney Houston’s Higher Love – the song that had propelled them into the final a few weeks ago.

The singers’ journey through America’s Got Talent has been exciting to watch – and delighted South Africans.

Before the final show, South Africa President Cyril Ramaphosa spoke of his pride as he praised them in a tweet calling them winners:

Watching @ChoirAfrica’s final performance on @AGT filled me with immense pride & hope for the future. Our star always shines the brightest when we showcase who we truly are as South Africans. Wishing the #NdlovuYouthChoir the very best. In our eyes you are already winners. pic.twitter.com/x2y6CtAMoQ

The choir’s founder Hugo Tempelman told the BBC on Wednesday that the young singers were “the ambassadors of a united Africa”.

He said the choir stood for South Africa’s “hope, youth and vibrancy” in the wake of tension over recent xenophobic attacks, which have tarnished the reputation of the country.

It was born out of an non-governmental organisation that he had set up 25 years ago to help orphans and vulnerable children exposed to drug abuse and rape in South Africa’s Limpopo province, he added.

The singers found fame earlier this year in South Africa with a cover of an Ed Sheeran song.

SA rallies behind its America’s Got Talent choir