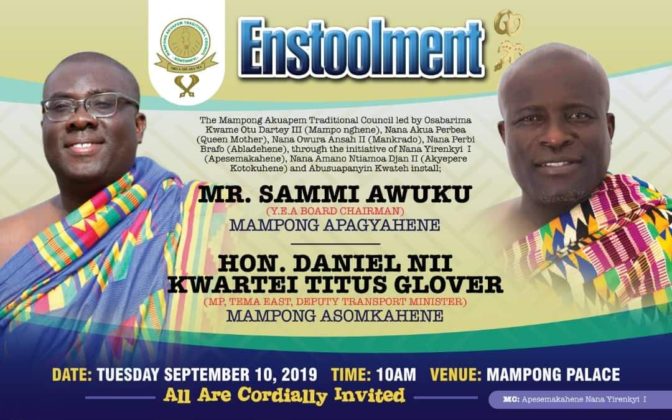 The board chairman of the Youth Employment Agency (YEA) Mr. Sammi Awuku is expected to be enstooled as the Mampong Apagyahene.

The enstoolment ceremony is scheduled to take place Tuesday, September 10, 2019 at the Mampong Chief’s Palace at 10am.

Mr. Awuku, who happens to be the national organizer of the ruling New Patriotic Party (NPP) will be enstooled alongside Tema East MP, Titus Glover, as Mampong Asomkahene.

The ceremony is being organized by the Mampong Akuapem Traditional Council led by Osabarima Kwame Otu Dartey III Mamponghene and his sub-chiefs.