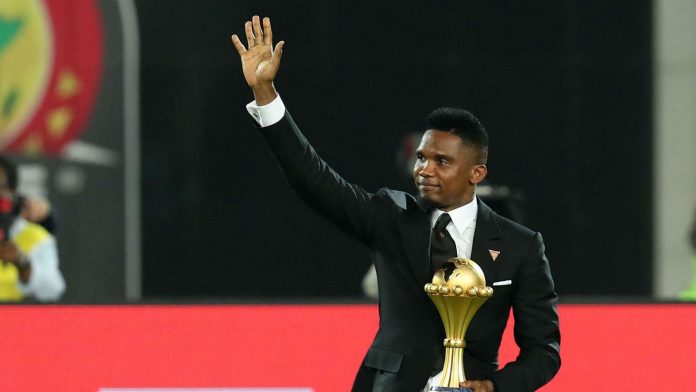 Samuel Eto’o has announced his retirement from all forms of football at the age of 38.

The veteran enjoyed an excellent career at the top level of the game, winning numerous trophies with Barcelona and also representing Cameroon at four World Cups. 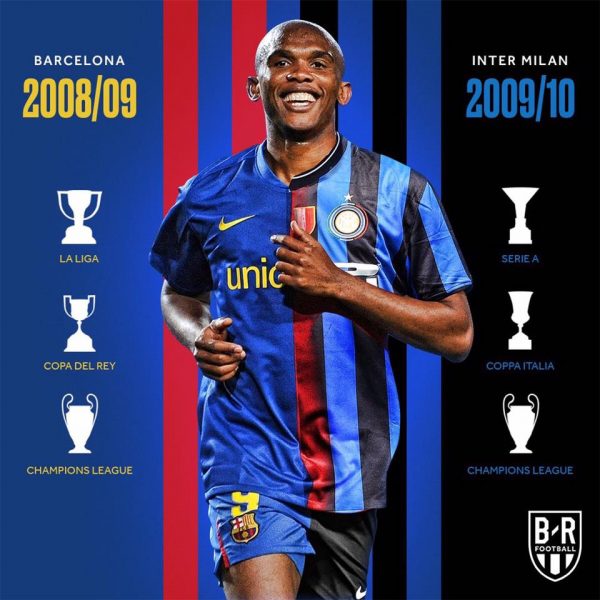 Widely regarded as one of Africa’s greatest-ever players, Eto’o posted on his official Instagram handle: “The end. Towards a new challenge. Thank you all, big love.”

Having spent his youth career at Kadji Sports Academy, he joined Real Madridwhere he was loaned to Leganes, Espanyol, and Mallorca.

His awe-inspiring form in Mallorca saw him join Barcelona in 2004. There, he won two Champions Leagues, four La Liga titles, two Supercopa de Espana and one Copa del Rey. He also became the record holder for most La Liga caps by an African.

He was unable to collect any winners’ medals at Anzhi Makhachkala, Chelsea, Everton, Sampdoria, Antalyaspor and Konyaspor, before a move to Qatar SC.

On the international scene, he was the youngest player at the 1998 World Cup after making Cameroon squad at the age of 17.

Eto’o claimed gold at the 2000 Olympics as well as two Africa Cup of Nationstitles in 2000 and 2002 with four African Player of the Year crowns – a record he shares with Cote d’Ivoire’s Yaya Toure.