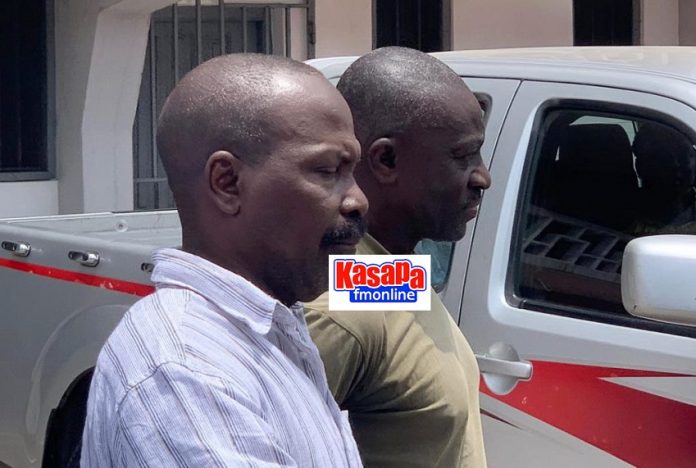 A serving Senior Army Officer, Colonel Samuel Kojo Gameli and a civilian employee of the Ghana Armed Forces Gershun Akpa, have been charged for their role in what the government describes as an “elaborate plot targeted at the Presidency.”

Appearing in court on Friday, the duo were charged with possession of explosives, arms and ammunition without lawful excuse.

State Prosecutor ASP Asare told the Kaneshie District Court that the serving soldiers were members of Take Action Ghana, a group of which Dr Frederick Yao Mac-Palm is the leader.

According to him, they planned to engage in several demonstrations aimed at overthrowing the government.

ASP Asare disclosed that the suspects contracted one other person already in custody to produce explosives and guns at the Citadel Hospital.

The prosecution further revealed that GH¢2,300.00, was paid for six pistols while GH¢400.00 has since been paid for some explosives.

ASP Asare prayed the court presided over by Magistrate Rosemond Dodua Agyiri to remand the suspects into the custody of the Bureau of National Investigations(BNI) as investigations continue.

She granted the plea and adjourned the case to October 9.

The government in a statement released on Monday said a joint security operation on Friday led to the retrieval of several arms, explosive devices and ammunition from locations in Accra and Kpone-Bawaleshie at Dodowa.