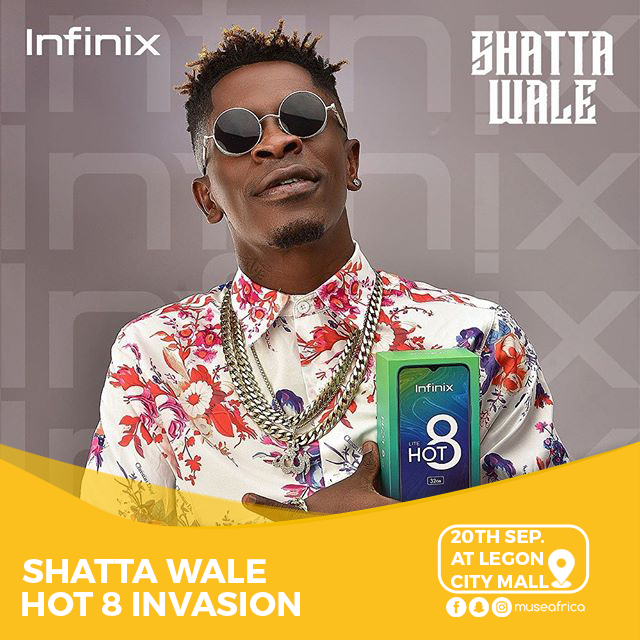 The African Dancehall King Shatta Wale is set to rock fans with all his biggest songs as he leads the Infinix Hot 8 invasion concert on September 20th at the Legon City Mall.

Shatta Wale who was recently unveiled as the brand Ambassador for Infinix Hot 8 phone got his fans excited when he hinted that there will be a concert for the official announcement.

In a post on social media, Shatta Wale announced that he was partnering with Infinix to empower the community of young people with more entertainment experience and a world of excitement.

So come Friday, 20th September at the Legon City Mall that is exactly what will happen, more excitement like never before.

As part of that excitement, Shatta Wale will be heavily supported by artistes such as Tulenkey, Fameye, Sista Afia with DJ Black on deck to spice it all up with the best of music.

Come through to the Shatta Wale hot 8-invasion concert at the Legon City Mall with finesse as we enjoy some electrifying performances. 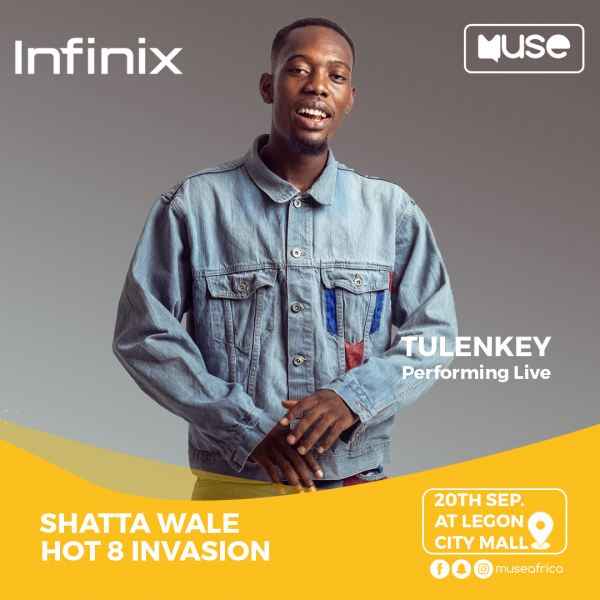 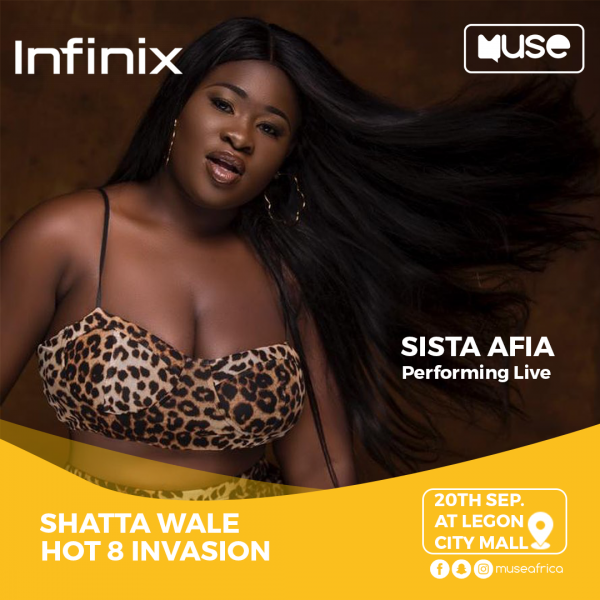 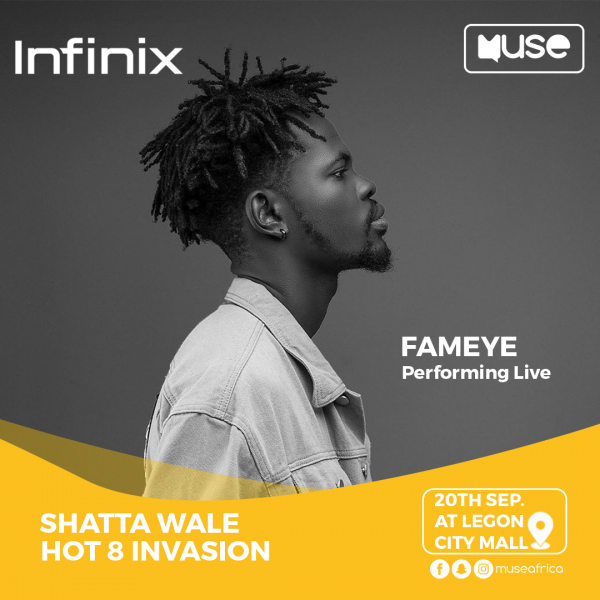