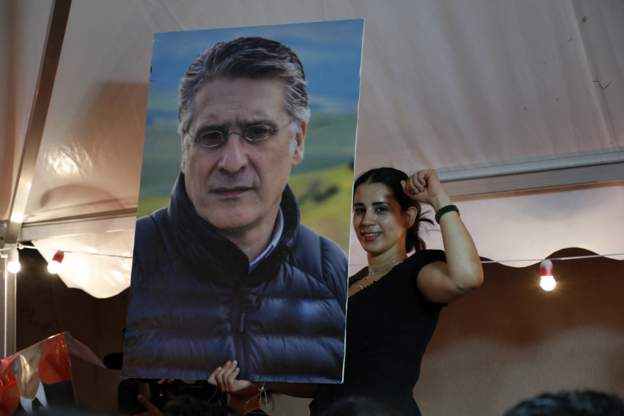 A court in Tunisia has refused to rule on a request to release jailed media mogul Nabil Karoui, who is due to take part in a presidential run-off expected sometime in October, his lawyer has told reporters.

He and another political outsider, Kais Saied, saw off a crowded field of 24 other candidates in the first round of voting on Sunday.

“The judge has refused to give a ruling, saying it was not in his jurisdiction,” Mr Karoui’s lawyer, Kamel Ben Messoud, is quoted by the AFP news agency as saying.

Mr Karoui, 56, was detained last month on charges of money laundering and tax fraud, which he has denied.

He was still able to stand for election despite his arrest but he was not allowed to vote. He began a hunger strike earlier this month to demand his freedom.

Mr Karoui founded a charity focused on fighting poverty, which has been a central theme of his campaign. Critics have accused him of using the charity and his TV channel to further his political ambitions.

This election is the second free presidential poll since the 2011 uprising that toppled ex-President Zine al-Abidine Ben Ali and sparked the Arab Spring.

It was brought forward after the death in July of the country’s first democratically elected president, Beji Caid Essebsi, who took office in 2014.

In the first round, Mr Saied, an independent candidate and law professor, took 18.4% of the vote with Mr Karoui receiving 15.6% of votes cast.