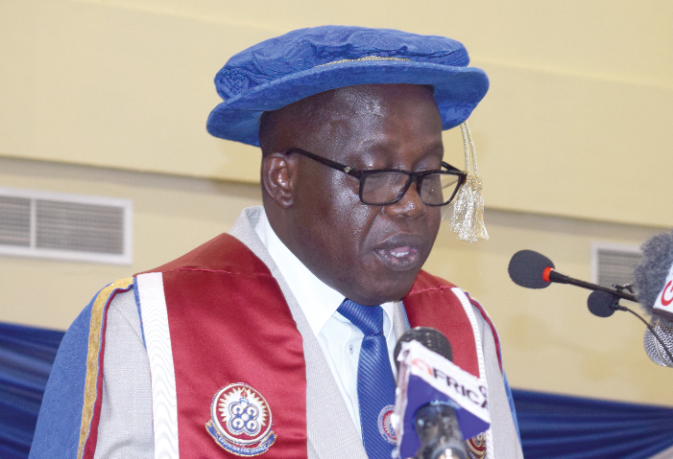 There appears to be no peace in sight at the University of Education, Winneba (UEW) as it’s Acting Finance Officer, Bruno Bajuase Chirani has sued the Vice-Chancellor, Rev. Father Prof. Afful Broni at the Wiineba High Court for wrongfully terminating his appointment.

According to Mr. Bruno Bajuase Chirani his appointment as the Acting Finance Director was terminated in a letter dated 3rd September 2019, signed by Rev. Father Prof. Afful Broni.

In his statement of claim sighted by Kasapafmonline.com, Mr. Bruno Bajuase Chirani alleged that the termination of his appointment was as a result of the critical concerns he has been raising about reckless and unlawful financial expenditures the Vice-Chancellor and Paul Osei Barimah who are the 2nd and 3rd defendants in the suit.

He said contrary to the usual administrative practices, the letter terminating his appointment did not state where his next position or office would be.

Mr. Bruno Bajuase Chirani believes his termination of appointment is due to the fact that he has been very critical about the payment of GHC400,000 to one lawyer called Paa Kwesi Abaidoo even though the University has no existing contract with him, apart from the fact that the payment did go through the procurement process.

He further claimed that the 2nd and 3rd defendants also ordered huge sums of monies to be paid to one Peter K. Boateng, a carpenter, without following the procurement process even though the University has no contract with the carpenter.

Mr. Bruno Bajuase Chirani added that his resistance to the payment made to the carpenter in view of the fact that the Auditor and Procurement Officer queried the said payment incurred the wrath of Rev. Father Prof. Afful Broni who terminated his appointment as the Finance Officer without even querying him for any misconduct.