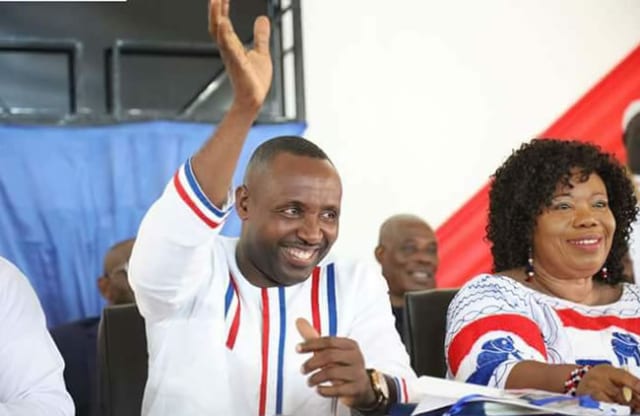 The  General Secretary of the governing New Patriotic Party(NPP), John Boadu has backtracked his earlier claim about the NPP having a copy of the provisional voter register.

General Secretary of the governing New Patriotic Party(NPP) John Boadu earlier disclosed on Asempa FM Thursday that the NPP has received the provisional copy of the voters register, which the main opposition NDC is fighting for the EC to furnish them with.

But it appears the General Secretary of the NPP shot himself in the foot as he failed to make the necessary checks before giving out that false information on radio yesterday.

The opposition National Democratic Congress(NDC) on the back of these claims accused the New Patriotic Party of having unofficial means of accessing various information from the Electoral Commission(EC).

However, Mr Boadu has withdrawn his earlier claim in an interview with Kasapa FM on Friday, explaining that “As at yesterday, I was thinking that the Director of Elections has received it already because he’d made prior arrangement with the EC and the EC had also given him his word to make it available to him on Wednesday. But until yesterday afternoon after speaking on Asempa Fm, I got in touch with him to verify and he told me the EC official said the data is heavy so they’re still working on it.”

He added:“And so as it stands now we’ve still not been provided with the soft copy of the provisional register yet.” he told Kasapa 102.5 Fm Friday.

Meanwhile, Mr John Boadu has jumped to the defence of the EC insisting it is not in breach of regulation 22 (2) of the Public Elections Regulations (Voter Registration) as captured in Constitutional Instrument (CI 91) which states that: “At the end of the compilation of the provisional register as provided in sub-regulation (1), a copy of the provisional register shall be given to each registered political party in the form determined by the Commission.”

According to him, the EC is still within the stipulated time to furnish the political parties with the provisional register, therefore their Presser on the matter is useless.

2020 Election: There’s no way we won’t have a new voters register – Boadu