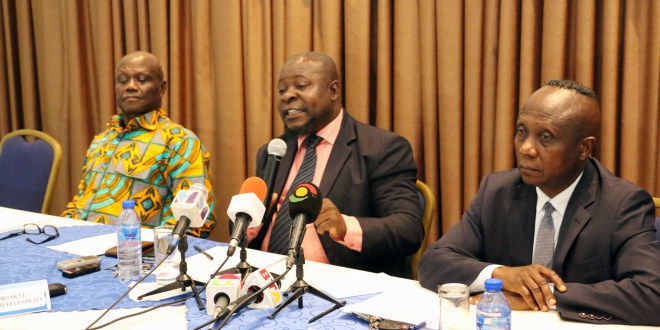 Ghana is likely to return to the International Monetary Fund (IMF) for support should the government fail to control expenditure in the election year, an economist and Research Fellow at the Institute for Fiscal Studies (IFS), Dr Said Boakye, has observed.

He said the government must keep to its promise of ensuring fiscal discipline in 2020, else another regime under the IMF will come with unbearable measures that will increase the suffering of Ghanaians.

“The government has assured it will curtail fiscal overruns. We’re watching this space, but if we repeat the same mistakes in the past, it will send us back to IMF. We should do all it takes to control overspending,” Dr Said Boakye told Anopa Kasapa Morning show host, Kweku Owusu Adjei.

He said since time immemorial, the deficit turns to escalate in every election year from 1992 with the exception of 2004, but warned that the economy will spiral out of control if the NPP government repeats the same mistake in the run-up to the 2020 elections.

“The economy is not growing out of strong productivity gain. It’s rather growing out of borrowing and the interest of our debt stock is piling up. The managers of the economy must be careful with this trend.” he noted.

The IMF has said Ghana’s macroeconomic outlook remains favorable, supported by strong activity in the extractive industry and a safer banking system.

Bank of Ghana’s international reserves are projected to record a build-up in 2019, supported mainly by an improving trade balance and external borrowing.

“The primary risk to the outlook remains policy relaxation in the run-up to the 2020 elections,” the (IMF) team, led by Carlo Sdralevich, that visited Accra September 30-October 11, 2019 to conclude its 2019 Article IV Consultation Mission to Ghana said in a statement.

The IMF team has recommended avoiding spending and financing operations outside the 2020 budget billed to be presented to parliament on November 14, 2019 to enhance budget credibility and transparency.

Ghana must own its natural resources – IFS

Go to IMF for bailout – Kwesi Botchway to Govt