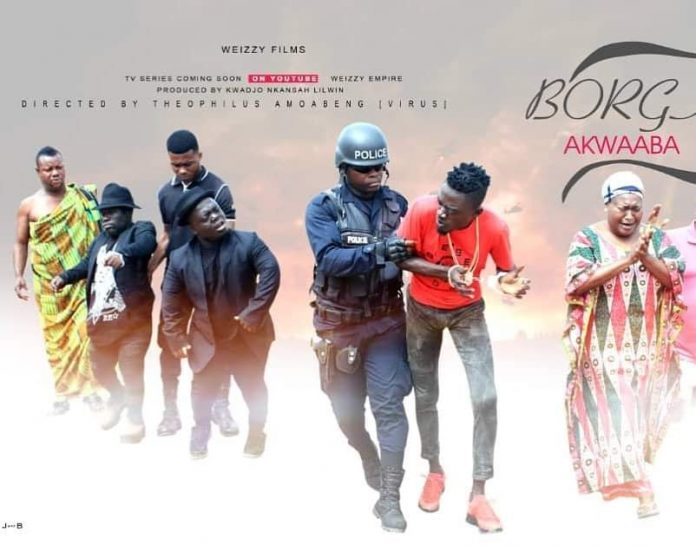 The Kumawood industry has been on a decline in recent times, with many actors resorting to doing short videos on Youtube to generate some income.

Celebrated Ghanaian comic actor Kwadwo Nkansah ‘Lil Wwin’, who is arguably the best actor on the local scene, and one of those actors pushing funny and educated contents on Youtube, is in a mission to try whatever strategy within his prowess to revive the Ghana movie industry, especially the twi speaking movie known as “Kumawood” through his medium.

“BorgaAkwaaba” movie series is full of comedy, suspense and education.

LilWin, who doubles as a musician has vowed to take advantage of the technological changes to make the industry successful again.

You can’t afford to miss this. To watch it first and to you know when there are new videos and updates, kindly subscribe to Lilwin’s YouTube channel Wezzy Empire TV. and tap the notification bell icon.