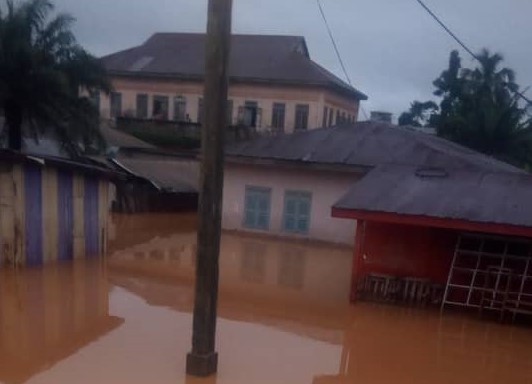 The National Disaster Management Organization (NADMO) has not been able to support some affected residents at Asuboni Rails in the Kwahu West Municipal Assembly since almost half of the community was flooded last Saturday.

According to the Assemblywoman for the area, Madam Agnes Okanta said, the affected residents have not yet received any item from NADMO, the Assembly nor Regional Ministry.

Over 1,200 were displaced by devastating floods that submerged parts of the community last Saturday. Over 60 houses have been collapsed so far according to sources.

Madam Agnes Okanta has appealed to other stakeholders to assist them since their current situation is not favorable.

Lockdown: Food not being shared based on party affiliation – NADMO