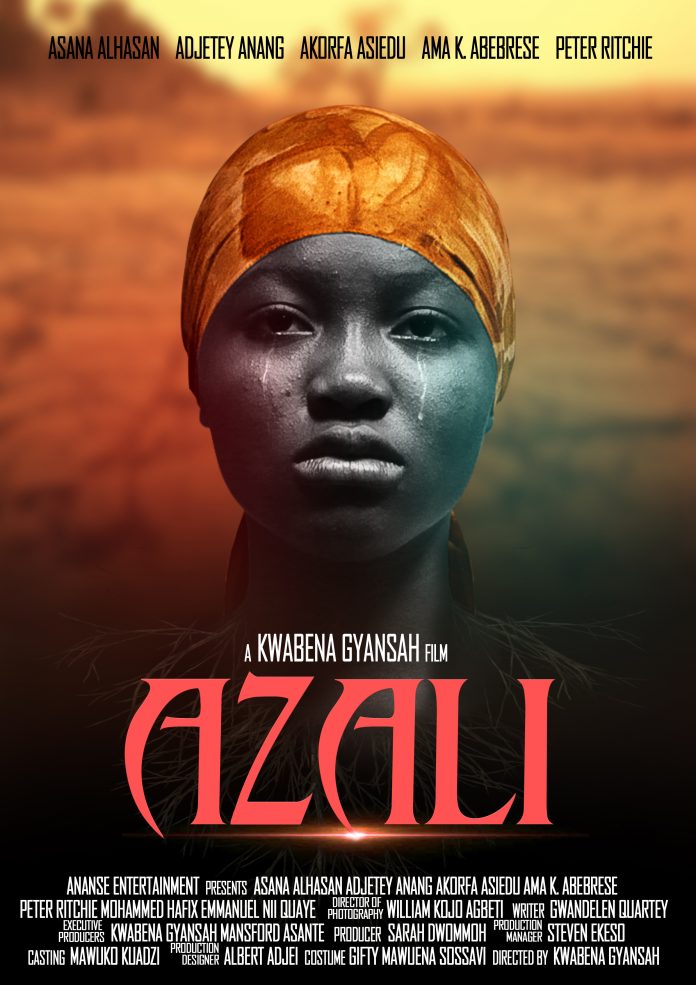 The film Azali has been selected by the Ghana Oscars Committee to represent Ghana in the nomination process for the International Feature Film category for the 2019 Oscars.

It is the first Ghana submission for nomination for the Oscars.

The film which stars Asana Alhassan in her debut role is written by Gwandellen Quartey and directed by Kwabena Gyansah, Azali is produced by Ananse Entertainment with support from Motion Revolution, both Ghanaian companies.  The film also stars Ama K. Abrebrese and Adjetey Anang.

The film is a heart wrenching story of a mother (from Northern Ghana) who in trying to escape family pressures to marry her young, school going-age daughter (Azali) to an old man, unwittingly and reluctantly gives her child away to a child trafficker – who deceitfully promises job opportunities for the girl and riches to bring home from Burkina Faso, but rather sells Azali into slavery. She manages to escape with some of the trafficked children to Accra, where she works as a Kayaye, determined to make some money and return back home to the North to her family. Unfortunately she is forced into prostitution and also raped by a gangster, resulting in a pregnancy. When she is eventually found by an uncle, sent south to look for her and send her home, they are confronted with a heart-wrenching discovery that borders on a taboo. The gangster who raped and impregnated her happens to be the father she had never known; the father who had abandoned her mother when she was pregnant with her and absconded to Accra. Azali’s determination to go back to her family will be realized, but with a heavy secret that should never be known and which will weigh heavily on her life.

The film raises difficult, pertinent and very current issues of diminished life-chances for many girl-children from the northern parts of Ghana, who due to extreme poverty are exploited into child marriages and child trafficking, with many having to migrate south to work as kayaye and do menial jobs .

Seven films (7) responded to the call for entry, with two (2) – Azali and Burial of Kojo, satisfying all the criteria for selection. The selection committee of nine (9), then through a secret vote, selected Azali.