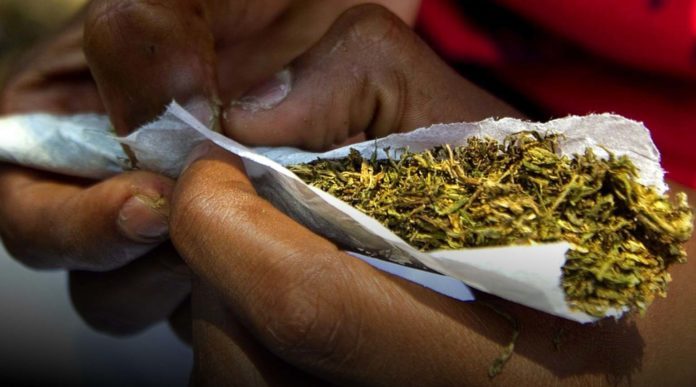 Breman Asikuma Police command has in a dawn swoop arrested over 20 youth at Breman Jambra in the Asikuma Odobeng Brakwa District of the Central Region suspected of being drug peddlers.

Most of the Youth in the Breman Jambra are into drugs and engaged armed in robbery and other vices.

Kasapa FM News Yaw Boagyan reports that the arrested suspects have been transferred to Breman Asikuma Police custody where they will so be screened and the culpable ones arraigned before court for prosecution.

Not long ago, some Youth in the Breman Jambra community attacked the Member of Parliament for the area, Hon. Anthony Effah and some of his NPP party members who were touring some of the communities in the Asikuma Odobeng Brakwa District.

The angry Youth erected a barrier and demanded money from their Member of Parliament before allowing them to go and this brought misunderstanding among them.

The incident resulted in some youth brutalizing the NPP Youth Organizer into a comma and also destroyed the MP’s vehicle.

Due to that development, some of the people in the Breman Jambra community suspect the police swoop was arranged by the MP.