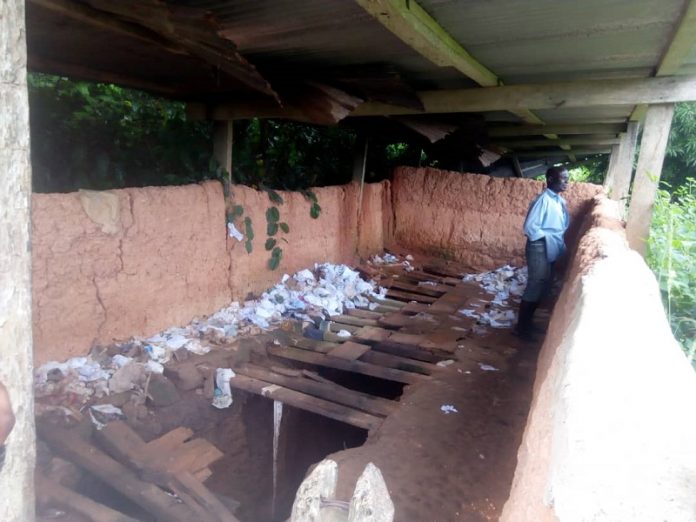 Two Senior High School Students of Enyan Abaasa Technical Institute in the Ajumako Enyan Essiam District of the Central Region escaped death by a whisker after the toilet collapsed.

The students had gone to use the facility when it suddenly caved resulting in them fleeing for their dear lives.

According to the residents the community of over 600,000 shared the dilapitated toilet facilities which were built 15 years ago and it has become a death trap for the community members and the students as well.

Due to the weak nature of the toilet facility, the residents resort to easing themselves in polythene bags and disposing them indiscriminately on the environment, a development that could cause an outbreak of diseases.

In an interview with Kasapa FM News Yaw Boagyan, the Assembly Member for the area Hon. Rasheed Ibrahim said that, because the entire community depends on this dilapitated toilet, it is important that a new toilet facility is built for the residents as soon as possible.

“Students of Enyan Abaasa Technical Institute together with the Community Members share the same facility which has become a death trap for them so I’m personally calling on the Member of Parliament for Ajumako Enyan Essiam Constituency Hon. Ato Forson and the District Chief Executive Rev. Ransford Emmanuel Kwesi Nyarkoh to come to our aid immediately else the entire Enyan Abaasa community will resort to easing themselves in polythene bags” he added.