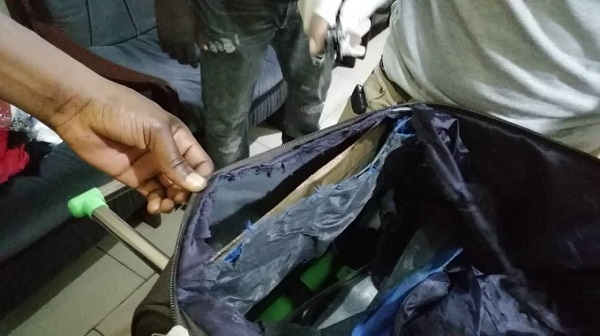 The Narcotics Control Board (NACOB) says the Customs Division of the Ghana Revenue Authority (GRA) hastened to put out a false report on the alleged Cocaine found on two Nigerians at the Kpeglo Border Post last Friday.

“The guy at customs I believe is stationed in Accra, far away from the point. Usually when such operations are held, preliminary report is sent to the Head Office. So the preliminary report was just made public without any test done on the substance.” he told host Kweku Owusu Adjei on Anopa Kaspa Morning show.

The Customs Division of the Ghana Revenue Authority (GRA) had earlier stated that a preliminary test it had done on the powdery substance indicated the stuff was cocaine.

However, the Head of the Enforcement Unit at NACOB, Mr Solomon Stanley Eyo, told the Daily Graphic in Accra on Wednesday, October 2, that as the state institution clothed with the law to conduct tests on suspected narcotic drugs, NACOB took centre stage in the investigations and found out that the substance was ephedrine.

Explaining what might have led the Customs officials to suspect that the substance was cocaine, he said: “It [substance] is whitish and powdery and I think that’s where the problem comes from; it’s not every white thing that is cocaine.”