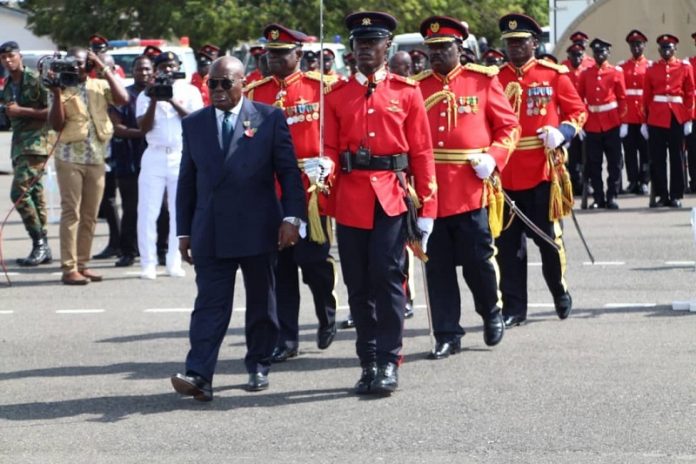 President Akufo Addo has charged some one hundred and thirty-two (132) newly commissioned officers the Ghana Armed Forces (GFA) to ensure that they do not lower the standards that have been set by their predecessors as they assume office as fully-fledged officers of the Armed Forces.

Addressing the Ghana Military Academy’s 2019 Graduation Parade for Regular Career Course 59 and Short Service Commission and Special Duties Course 57 at the Adico Square, President Akufo Addo, said Ghana occupies “a very respectable and envious position on the world stage and she is regarded as the beacon of stability on the continent as well as enjoying the pride of place in the area of peacekeeping.”

To this end, the President admonished the officers saying;

“You are thus to guard yourselves against acts that are likely to bring the name of our beloved country and the image of the Ghana Armed Forces into disrepute. Your actions should be to enhance or at the very least maintain the standards set by predecessor generations of officers of the Armed Forces” President Akufo Addo said. 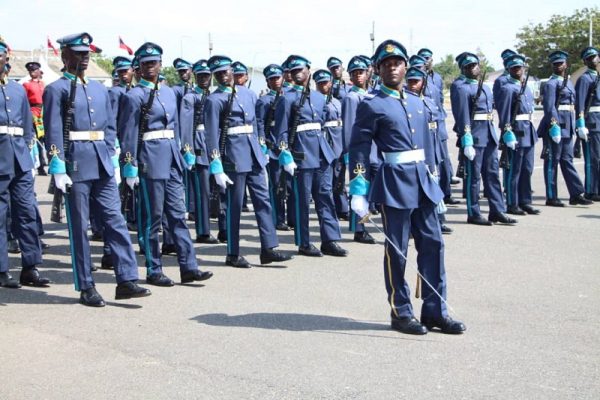 The President in his address also cautioned the newly commissioned officers of the Ghana Armed Forces to be mindful of the fact that their military uniforms are not for intimidating civilians but it is for their protection and for securing the territorial integrity of the nation. He further indicated that the logistical empowerment of the Military by the government will continue to ensure that the Ghana Armed Forces become a globally competitive establishment.

The Ghana Military Academy is the military academy of the Ghana Armed Forces. It offers basic military training to officer cadets from the Ghana Army, Ghana Navy and the Ghana Air Force.[1] The Academy is based in Teshie in the Greater Accra Region.

Entrance to the academy is by examination, and the curriculum includes military and general subjects. Duration of the course for army cadets is two years. At the end of the first six months, a few candidates may be selected to finish their studies at foreign institutions such as the Royal Military Academy at Sandhurst in Britain.

The Ghana Military Academy, established in 1960, also provides short courses in higher military education for the officers of the three services. The best senior officers are selected periodically to attend the Army Staff College at Camberley in Britain or one of several other senior service schools in foreign countries.