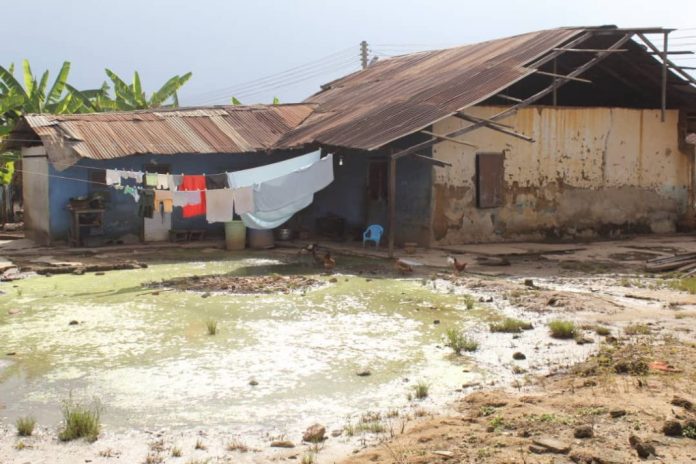 A Landslide induced flooding has displaced five hundred and fifty-nine (559) at Akyem Bosuso in the Fanteakwa South District of the Eastern Region.

The Landslide occurred on a mountainous range around the community after a four-hour heavy downpour. Water gushed out of the mountain worsening the perennial flooding situation in the Community.

The floods affected seventy-Seven(77) households and collapsed six(6) houses. Bosuso Roman Catholic Basic School was closed down after the entire school buildings were almost submerged. The affected victims were temporarily sheltered in SDA Church in the area. 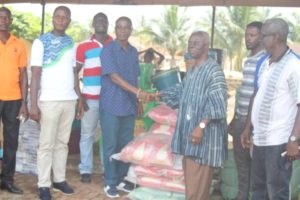 “it was very serious 559 people were affected, 77 households affected, 6 houses collapsed.It is a perennial problem but what happened was too serious.We need logistics like life jacket to help save people in such situations”

Joseph Awuah Owusu ,Headteacher of devastated Bosuso R/C Basic School which was shut down,said the entire environment of the School is saturated due to its location between two chocked rivers-Bosu and Petu which overflows whenever there is a heavy downpour.

He said School closes whenever the cloud gathers to prevent drowning of pupils and teachers.

The Assembly member for Zongo-Ahenbronom Electoral area Emmanuel Tetteh Padi told Kasapa News residents are living in fear with a call for urgent government intervention. “we need construction of drains in this community. We are in a low lying area so we record perennial flooding but what happened Sunday was serious .We are told it was as a result of landslide on the mountain which led to water gushing out ”

Meanwhile, the Member of Parliament for the Area, Kofi Okyere Agyekum, has  donated relief items to the victims with assurance that he raised the issue on the floor of parliament which the Ministry of Works and Housing has made some financial commitment to construct storm drains in the community to fix the chronic flooding problem.

“We thank the MP but what we were looking for was dredging of the river. Because the water floods our homes whenever it rains. The recent incident was serious. Everything in my house got destroyed including my soup which was being prepared. The floods took the soup away. More worrying are snakes that invade.”

The Eastern Regional Director of NADMO Kwame Appiah Kodua stressed, impact assessment of the Disaster has been done to facilitate relief support for the victims.