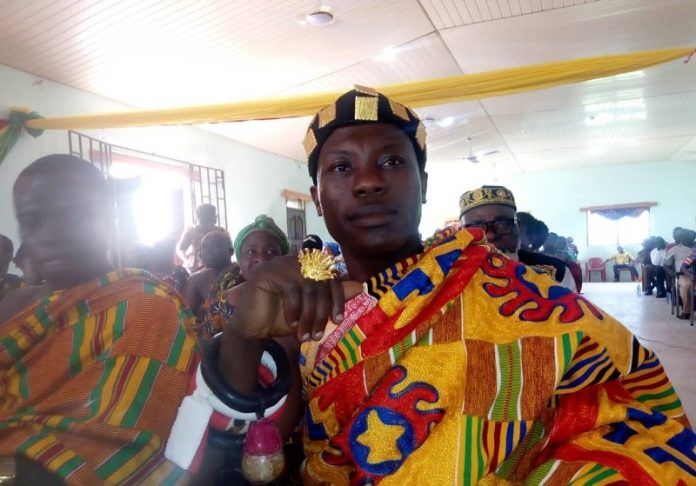 The Odikro of Abura Dunkwa in the Abura Asebu Kwamankese District of the Central Region Nana Asokwa Kwegyire III, says the Akufo Addo administration has rejected his offer of a 200 acre of land to support the government’s 1D1F policy.

According to him, he’s pained that his effort at supporting the government to create employment in his district has not being seen as the government appears not interested in putting the land to use.

“I released 200 acres of land for the government to establish a 1-District 1-Factory project due to the unemployment situation the youth in my area are facing. But it seems all my efforts are not being acknowledged by the Member of Parliament Hon. Elvis Morris Donkor and the District Chief Executive Hon. Aba Hagan.”

Nana Asokwa Kwegyire III added “Abura Asebu Kwamankese Community is a farming community where the main work is Palm oil making and Orange planting but because politicians have failed to fulfill their campaign promises to build a factory for us, people are cutting down their orange plants for charcoal and firewood and the palm nut trees are being used for palm wine because they yield no benefit for them,” he said while addressing Central Regional Minister Hon. Kwamena Duncan, DCE for Abura Asebu Kwamankese and people of the community during the Accounting to the People Tour.

1D1F: 58 in operation; Go round and fact-check – Akufo-Addo to Critics