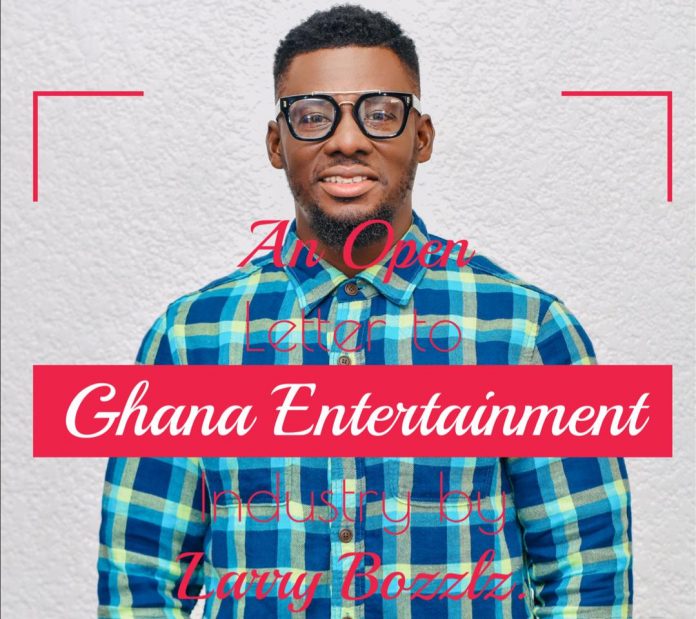 I want to seize this opportunity to hail you for your contributions in the country and across the globe. Indeed, your role of captivating, inspiring and amusing audience of every stripe ubiquitously cannot be underestimated. Nonetheless, there are some pressing issues I have identified that I think must be addressed.

In the first place, I think you have failed woefully in promoting your very own to the world. Particularly in the modelling industry, my keen observation is that, you are very quick to promote foreign models leaving behind the great talents of your own. This is evident in all your mega shows featuring both our very own models and their counterparts from other countries. We see you promoting extensively the foreign models whilst feeding the audience with little or, in some instances, no contents on the great talents we have in the country. This action of yours actually keep me questioning; “what drug have you taken to make you this drowsy?” Until you find an answer to my question, I put it to you that your failure to promote your very own is one of the major setbacks facing the industry and must be addressed if you really want to put Ghana on the globe to compete.

Undoubtedly, the success of most entertainment industries generally is dependent on its stars – artistes and actors/actresses. These are the people that audiences pay to see and listen to by keeping up with their contents. But when so much of an album, a movie or television shoot, or a concert revolves around an individual, that individual presents as much risk as an opportunity.

This is another challenge I’ve identified with you, dear Ghana entertainment industry. I think you lack the creativity to promote your stars collectively. What is very typical of you is that, you focus on one star for a very long time and in some instances you end up running out of market trying to scramble for a ‘Plan B’ in instances where your ‘Golden Star’ is faced with the unfortunate in forms such as a sickness, injury or even death. You are not held in high esteem because greater portion of your players support the phonies instead of the real. Award schemes are to celebrate hard work so to encourage or whip up the best in others so it should never be bought.

Again, the role of sex has always been a thing that has prevented some great talents in this country for sometime now. Sexual harassment is another challenge prohibiting some outstanding talents from shining. What is considered sexual harassment in the industry? Well, in my interactions with some female celebrities in the industry (for the purposes of confidentiality, I will not mention their names) I have received several feedbacks linked to conducts or behaviours regarding sex by some players in the industry. Some of these industry players request for sex before offering to assist. Credibility is bleeding profusely due to this canker. How long will it take for this to be resolved? The industry can, and, will never grow, if this prevalent act is not addressed. Of course, I know some will refute this fact but until we face the hard truth and find ways to resolve it, the industry will continue to sink as deep as the titanic but this time round slowly as the years go by.

Furthermore, lack of unity among industry players is another pressing issue I want to point out in this write-up. There is no unity among the industry players involving producers, directors down to artistes, actors and actresses. The industry has allowed selfish interests and hypocrisy to take over the wheels of our cherished entertainment industry. Until the various industry players work assiduously towards the achievement of a common interest, the once cherished industry will continue to wallow in misery.

Despite the above explained challenges, the next part of this write-up focuses on proposed remedies.

In the first place, the industry must endeavour to support and promote existing and upcoming stars with exceptional talents. The industry should serve as a mother body to assist these talents to find new ways to connect with audiences, distribute content and market these stars to the world. By so doing, the industry will be in a better position to compete globally and promote the good name of our dear country. There must be an appreciation of foreign stars with exceptional talents but not to the detriment of our own talents.

Also, the industry must endeavour to support and promote collectively the exceptional talents we have as a nation. Although it is necessary, to some extent, to focus on a single individual making waves in order for the industry to make money, I am of a strong view that so much should not be put on an album, a movie or television shoot, or a concert revolving around one individual. The industry should take on talents and promote them collectively to achieve greater impacts.

Again, one of the surest ways to reduce the prevalent rate of sexual harassment and safeguard the interests of women in the industry is for everyone in the industry to condemn conducts or behaviours regarding sex by some players. Let us not shamefully accept sexual harassment in the industry as something that has always been part of the industry. In addition, I strongly believe that the BBC Africa Eye’s “Sex for Grades” exposé should trigger a national conversation on the need for a legislation on Anti-Sexual Harassment in the country. With this in place, we can all help in restoring the credibility of our once cherished entertainment industry.

To conclude, dear Ghana entertainment industry, I hope you have taken notice of the issues I have raised so far with the proposed remedies. It is never too late to take a bold step to make things right. I strongly believe we can make the industry develop better and better.

NB: This write-up represents the opinion of Larry Bozzlz and NOT by extension a reflection of the views of TV Africa on the subject matter. Thank you.